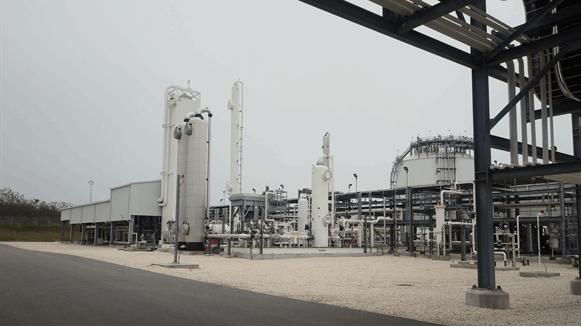 Dominion has said that it plans to spend about $200MM on its mid- and small-scale LNG development this year and over the next four.

​In late March Dominion Energy completed its acquisition of Pivotal LNG from Southern Company on March 24, taking 100% ownership of Pivotal’s liquefaction facility in Trussville, Alabama and a 50% ownership of the Jax LNG ship bunkering operation in Jacksonville, Florida. NorthStar Midstream owns the other half of Jax, which began operations in May 2019, with liquefaction capacity for 15 million cubic feet per day of gas at the inlet.

The value of the transaction was not disclosed, but Dominion has said that it plans to spend about $200 million on its mid- and small-scale LNG development this year and over the next four. On its own Dominion began construction late in 2019 on modular LNG project in north central Pennsylvania, a joint venture with Rev LNG called Niche LNG.  That facility is expected to be in service before midyear.

Jax has capability to load LNG into both marine vessels and trucks. Including Trussville, the two LNG facilities currently have the capacity to produce 180,000 gallons a day and to store 7 million gallons. Jax has the space to expand production capacity an additional 480,000 gallons per day, and to increase storage another 2 million gallons.

Inland, Pivotal has access to four other small-scale LNG facilities that are owned by utilities (see graphic). Trussville began service in 1978, and was acquired by Pivotal in 2011. It has liquefaction capacity of 60,000 gallons per day, and storage of 4.8 million gallons. All the facilities in the Pivotal system have the ability to load tank trucks and ISO tank containers; only Jax has a dock for loading vessels. Inland, Pivotal has access to four other small-scale LNG facilities that are owned by utilities.

That is done through a bunker barge that shuttles fuel to ocean-going cargo ships. Eric Kuenzli, director of LNG business development at Pivotal, explained that the most economic and efficient method is for the fuel barge to attend larger vessels as they are being unloaded and reloaded at the cargo wharfs, rather than to have them take the time to call at a fuel dock.

At present there is just one LNG bunker barge in operation in the U.S., the Clean Jacksonville, which is unpowered and has capacity of 2,200 cubic meters of LNG. It is owned by Tote Marine and used to fuel two of its container ships. All three vessels were launched in 2015.

The next two LNG bunker barges will be larger, 4,000- and 5,400-cubic meters; both will be articulated-tug-and-barge sets operated by NorthStar and will be in commercial service for fuelling any LNG-powered vessel. Pivotal has space to create a second dock at its loading jetty. “NorthStar has a long history in the marine business,” said Tim Delay, vice president of Pivotal. “We rely on them for expertise on the water side of the business.”

It is important to differentiate Pivotal from the other LNG bunkering operation nearby, which is Jacksonville Eagle. Pivotal’s liquefaction is adjacent to the dock where it loads bunker barges, currently just the one owned Tote. Eagle’s liquefaction is inland. LNG is transferred by truck to a dedicated quayside facility at Crowley Marine’s wharf to fuel its ships.

Officials of both Pivotal and Eagle say there is no competition between the two; quite to the contrary the market for local and regional LNG, as well as ship bunkering has great potential from a small base, and the presence of two discrete operators helps potential new customers feel comfortable about supply security. Both firms also sell LNG in tank trucks and ISO tanks. A tank truck holds about 10,000 gallons of LNG.

“Our real competition is Europe” said Delay. “Many ships can come over and back on one load,” so they will fuel where they can get the best price and service.

At present LNG shipments are not allowed by rail. Regional players note that LNG-powered locomotives are in use, notably by the Florida East Coast Railroad between Jacksonville and Miami. They add ruefully that gasoline, chlorine, and hydrogen cyanide can be shipped by rail. Efforts are underway to secure approval for LNG rail cars, which would open significant new and larger markets for inland and remote industrial power generation.

“We have rail next to the Jax facility,” said Delay. “We will put in tank car loading if the market develops.” He also mentioned another possible regional LNG market: fuel for rockets at Cape Canaveral.

That is several years off, at best. In the near term, Dominion chairman, president, and chief executive officer Tom Farrell explained the strategy: “Expected growth in LNG as a fuel allows Dominion to provide liquefaction and distribution services to a growing list of maritime customers. We [have acquired] an interest in an existing operation with an on-shore liquefier coupled with marine-fuel delivery infrastructure. Contracts in this business are typically long-term, take-or-pay with no commodity exposure.”

The latter means that Pivotal buys gas from the major pipelines and sells LNG with a fixed markup under long-term contracts. “We don’t toll,” said Delay. “We like to be in charge. We own firm supply at both facilities,” as well as ample storage around the system.

The Pivotal acquisition will support a broader marine LNG strategy that would include Dominion’s world-scale liquefaction complex at Cove Point in Lusby, Maryland, Farrell added that at Cover Point Dominion has negotiated terms “with an existing export customer to re-direct a small portion of their inventory to provide LNG to constrained markets along the East Coast, and to provide fuel for marine vessels under zero-commodity risk, take-or-pay contracts. Importantly, this arrangement does not alter the existing twenty-year, take-or-pay export contract revenues or terms.”