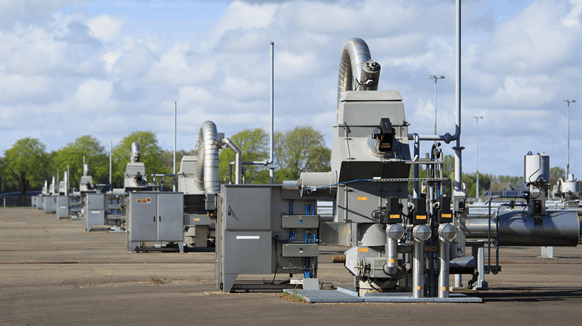 The demise of Dutch gas production will make the Benelux region more dependent on imported gas and foreign LNG.

The Dutch government has announced the closure of Groningen, Europe’s largest gas field, in 2022. Gas production peaked at 88 billion cubic meters (BCM) in 1976 and  has declined to around 12 BCM a year under government production caps, introduced in response to a series of tremors between 2013 and 2018 and a public outcry. Notwithstanding this, Rystad Energy predicts that some gas production will continue until 2030, since it will be very difficult to shut down such a large gas field so fast.

The demise of Dutch gas production ensures that the greater Benelux region will become more dependent on imported Russian and Norwegian pipeline gas as well as foreign LNG.

In anticipation of Groningen’s closure, Dutch gas pipeline operator Gas Unie has been converting the low calorific gas networks of Holland, Belgium, Northern Germany and Northern France to high calorific gas sourced from elsewhere in Europe and beyond. For example, Unie customers can be supplied with gas imported via Holland’s LNG port GATE (Gas Access to Europe) LNG Terminal which has an annual regasification capacity of 12 BCM, the same amount as Groningen currently produces. Also, Gas Unie customers can be supplied with gas from the North Sea and Norway via sub-sea pipelines as well as Russian gas delivered via  Nordstream into Germany. Torres-Diaz, Rystad Head of Gas Market and Renewables Research, states that “more pipelines and LNG imports will be needed in the Netherlands to replace declining production from Groningen. Dutch exports to neighbouring countries are also expected to drop, making the whole region more dependent on LNG imports to meet its demand.”

Thanks to greater pipeline capacity and new pipelines, Europe’s demand for gas should be met, even as domestic production declines, coal power generation is phased out and the nuclear building program is behind schedule. To meet the continent's existing and future power needs, Rystad forecasts that demand for gas from gas-to-power projects will continue to increase at least until 2025. After the mid-20s however, Rystad expects Europe’s demand for gas to slowly contract under the combined impact of ongoing expansion of renewables, improved energy efficiency and insulation and measures to cut emissions.

Throughout Europe, renewable energy is expected to increase in response to the 2020 European Union target of 32 percent of power from renewable energy by 2030. For example, the UK expects to obtain half its power from renewables by 2030 and Holland expects renewables to provide at least 80 percent of power by 2040. For Holland, this target implies that demand for gas will fall from around 37 BCM in 2019 to 25 BCM by 2040.

In anticipation of the loss of domestic gas, Europe is actively seeking access to new sources of gas supply including direct pipeline gas from Siberia, Central Asia and even from offshore fields in the Eastern Mediterranean Sea. Moreover, Europe could benefit for at least a decade from the oversupply of LNG as more export gasification plants come online in the Middle East, North America and Russia. Rystad Energy expects current LNG production of  316.5 million tonnes a year to nearly double to 604 million tonnes by 2030.

Due to the ongoing US-China trade war, Europe has become a growing premium market for Atlantic LNG suppliers. Europe’s LNG imports have surged, most notably from the U.S., but also, from Russia’s Yamal export facility.

It is clear that over the coming decade the demand for gas, especially for power generation, is expected to begin peaking in many European countries by the mid- 2020s thanks to increasing penetration of renewables in power generation and government environmental policies encouraging a transition to a low carbon economy by mid-century.