Pipelay Project Could Be Worth $250MM to TechnipFMC 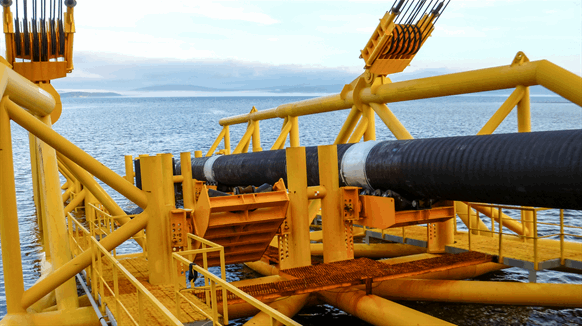 Here's a review of articles from the past week that caught the attention of Rigzone's downstream audience.

Rigzone’s downstream-focused readers devoted considerable attention to an offshore pipelay project and efforts to reduce carbon dioxide emissions, according to recent pageview data. Keep reading for summaries and links to the articles.

TechnipFMC revealed that it won an engineering, procurement, construction and installation (EPCI) contract for Equinor’s Breidablikk project. Valued at up to $250 million, the pipelay contract calls on TechnipFMC to perform subsea installation work for the North Sea development. Equinor and partners Petoro, Var Energi and ConocoPhillips Skandinavia plan to tie back the Breidablikk field to the existing Grane platform. The estimated cost of the field development is $2 billion.

For years coal has been a proverbial bogeyman within the decarbonization camp. As this article from Bloomberg points out, natural gas – however clean-burning it may be – could take coal’s place as the object of green advocates’ scorn if Joe Biden wins the White House. The piece contends the massive subsidies for renewables under Biden’s climate plan would make solar, wind and battery storage more attractive to power producers. In fact, it outlines a scenario in which gas could exit the United States’ power mix in the next 15 years.

Continuing with the theme of pursuing the aims of decarbonization, Total reported early last week that it delivered its maiden cargo of “carbon neutral” LNG to the Chinese National Offshore Oil Corp. (CNOOC). According to Total, the shipment – from the Ichthys liquefaction facility in Australia – arrived in China in late-September. The company explained that Verified Carbon Standards emissions certificates for two projects – a wind project and a forestry project – offset the LNG shipment’s carbon footprint.