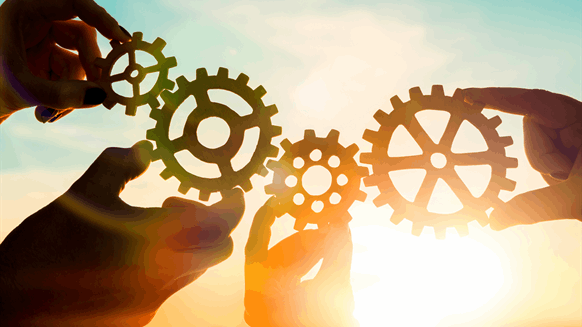 PGNiG's international trading arm and Aker BP have signed a contract for the sales and purchase of natural gas produced on the Norwegian Continental Shelf.

PGNiG has revealed that its international trading arm, PGNiG Supply & Trading GmbH (PST), and Aker BP ASA have signed a contract for the sales and purchase of natural gas produced on the Norwegian Continental Shelf (NCS).

With this agreement, PST continues to grow and strengthens its position on the NCS, PGNiG outlined. In the future, the contracted natural gas may be transported by the Baltic Pipe to the Polish market, as well as to other countries of central and eastern Europe, PGNiG noted.

“We are pleased that we can cooperate with  Aker BP which is a trustworthy and highly valued producer and partner,” Jerzy Kwiecinski, the president of the management board of PGNiG SA, the sole owner of PST, said in a statement posted on PGNiG’s website.

“Aker BP and PST have managed to reach an agreement that provides a solid basis for further strengthening of relations between both companies,” Kwiecinski added in the statement.

The PGNiG group and Aker BP have been cooperating successfully for several years, PGNiG highlighted. Earlier this year, the two companies brought the Aerfugle field on the NCS online, with Aker BP acting as operator and PGNiG as partner. Production from the field is said to be economically viable at oil prices above $15 per barrel.

PST, which was established back in 2010, is a trader and supplier of natural gas and electricity in western as well as central eastern Europe energy markets. Based in Munich, Germany, the company has a branch in London which is responsible for short- and midterm LNG trading and optimization.

Aker BP is an oil and gas exploration and production company which is focused on the NCS. The main shareholders of the company are Aker ASA, which has a 40 percent stake, and BP, which has a 30 percent interest.