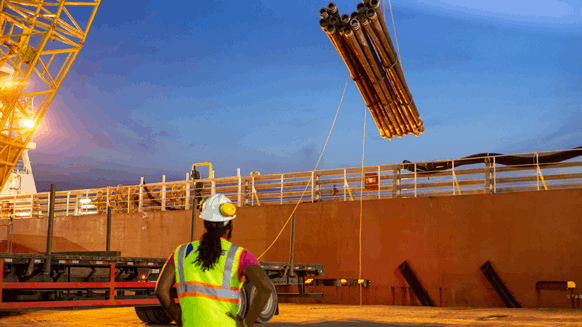 The fully integrated contract covers logistics and shorebase operations across Trinidad and Suriname for PETRONAS’ upcoming drilling campaign for the Sloanea-1 well in Suriname’s Block 52, Ramps revealed in a written statement emailed to Rigzone.

“We are excited to work on this project with PSEPBV, an affiliate of PETRONAS in Suriname for its Sloanea-1 well drilling campaign,” remarked Kevin Julen, Ramps Logistics’ country manager for Suriname.

Ramps stated that drilling is set to begin in the third or fourth quarter of this year. The firm noted that it primarily provide drilling services from Trinidad, from which supply vessels will move all pipe, casing, drilling fluid, cement and other tools to the rig offshore Suriname.

The PETRONAS contract marks the latest win for Ramps, which in the past five years has provided logistics services to companies in the region including Exxon Mobil Corp, Tullow Oil and Kosmos Energy.