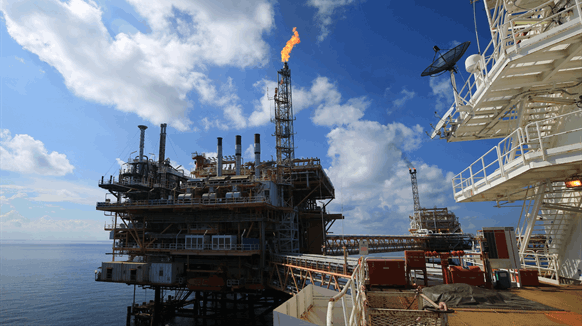 The ability to use one vessel, instead of a drilling rig and heavy lift vessel, is an industry first.

Decommissioning services specialist Petrodec has completed skidding operations for the topside removal of Perenco UK’s Pickerill A unmanned platform in the UKCS’ block 48/11 area. The ability to use one vessel--the Energy Endeavour--for both plug and abandonment, topside preparation and topside removal operations, instead of a drilling rig and heavy lift vessel, is an industry first.

After the plug and abandonment campaign in 2019, topside preparation, skidding, sea fastening and rig move arrangements were finished on June 13th with the topside arriving at Vlissingen harbor in the Netherlands on June 15th.

The topside will soon be offloaded for final dismantlement soon, the company said in a statement.

“This successful operation is the culmination of months of engineering work and project management from Petrodec and Perenco UK, both of whom are proud of this achievement,” the company said in a statement.