Permian Poised for Next Pipeline Wave 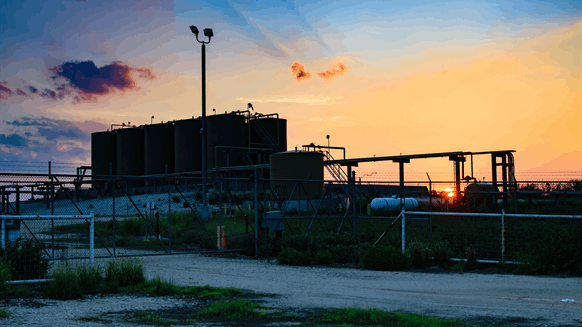 Wood Mackenzie projects up to 500,000 bpd of new crude oil takeaway capacity from the Permian Basin to the U.S. Gulf Coast.

Thanks to growing production from the Permian Basin, another wave of new crude oil takeaway capacity will be needed by the end of the next decade, according to natural resources consultancy Wood Mackenzie.

According to Wood Mackenzie, a “moderate overbuild of pipeline capacity” should occur early next decade as the current wave of pipeline projects conclude. By the end of 2022, midstream operators should add approximately 4 million barrels per day (bpd) of new capacity bound for the U.S. Gulf Coast, the firm stated. It assumes seven proposals for new Permian pipelines, with four reaching the final investment decision (FID) stage and 2 million bpd of the capacity flowing into Corpus Christi for export.

Wood Mackenzie contends the new capacity should translate into “two to three years of overbuild.” Subsequently, it expects the need for additional pipeline infrastructure as “normal long-haul capacity supply and demand conditions” resurface.

“We are in the midst of one of the largest crude infrastructure investment booms in U.S. history, with much of the investment focused on the Permian basin,” stated Coleman. “As massive as this current investment wave is, we don’t think the story is yet finished.”

Wood Mackenzie’s supply forecast anticipates another call for up to 500,000 bpd of Permian-to-Gulf Coast crude capacity, with FID for the new capacity likely during the middle to latter half of the next decade.

“The next chapter in this story will be focused on ensuring sufficient export terminal capacity in coastal markets,” concluded Coleman.

Rudolf Huber  |  July 10, 2019
All this pipeline growth and energy amassing at the USGC will lead to massive new investment not only in energy export facilities but also in energy-hungry industries. If you produce anything that uses lots of energy and can be automatized, you may want to bring your billions there and build new plants. Mind you that the biggest consumer market on the planet is right on your doorstep without the threat of tariffs, a tried and tested legal system that won't rip your IP off your hands, first-class infrastructure where you don't have to build entire towns from the scratch and telecommunications await you. The US is at the cusp of a new industrial age.
Robert Allison  |  July 10, 2019
Living here on the edge of the Permian basin, it would be nice to see more refineries built here opposed to all the pipelines shipping out our precious resource. We lose most of the local value to the gulf coast oil cartels