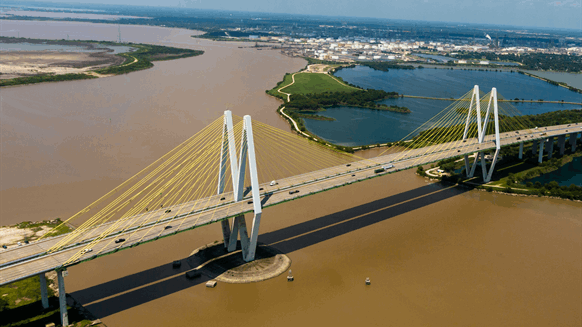 A UH study finds that most US Gulf Coast ports are not ready to handle the largest - and most cost-effective - ships for exporting crude oil.

A new study from the University of Houston (UH) concludes that U.S. refiners and other domestic customers will be unable to absorb growing Permian Basin production. It also finds most Gulf Coast ports are not ready to handle the largest – and most cost-effective – ships for exporting crude oil.

Prepared by UH Energy and the UH Department of Industrial Engineering, the study finds that the Port of Houston likely will be unable to handle very large crude carriers (VLCCs). UH researchers cite the relatively shallow depth of the Houston Ship Channel and air quality considerations as key limitations to introducing VLCCs at the port.

UH also noted that the Port of Corpus Christi – destination for much export-bound Permian crude – is expanding and adding VLCC handling capabilities. Currently, the only Gulf Coast port that can fully load VLCCs is the Louisiana Offshore Oil Port (LOOP), the university added.

The authors maintain that delays in expanding export capacity will slow Permian production – a particularly burdensome development for independents, who already face pressure from the majors’ expanding operations there.

“The independents are relatively inexperienced with exports, and if they can’t build that expertise, they could become targets for acquisition,” UH Chief Energy Officer Ramanan Krishnamoorti said in a written statement. “They also face additional stress because of the flight of capital from the Permian.”

Other study findings include: