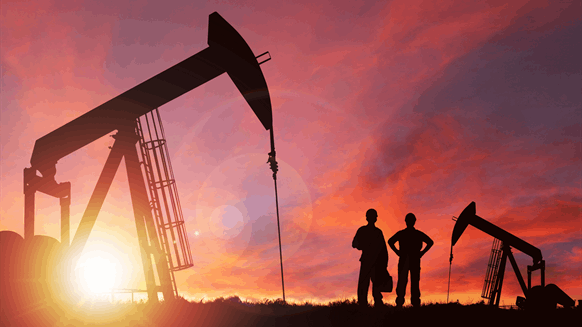 Hydraulic fracturing in the Permian broke old records in June, according to energy research firm Rystad Energy, who estimates there were as many as 18 wells fracked per day in June.

Hydraulic fracturing (fracking) in the Permian broke old records in June, according to energy research firm Rystad Energy, who estimates there were as many as 18 wells fracked per day in June.

Previously, fracking operations in the Permian peaked at 520 wells in August 2018. Rystad estimates almost 550 wells were fracked in June.

“The Midland platform has undoubtedly been the driver of this upwards trend with consistent month-over-month increases,” said Oleksii Shulzhuk, senior analyst on Rystad’s shale team. “According to our latest estimate, fracked wells totaled 339 in June 2019, constituting a whopping 70 percent growth since the first quarter of 2019, when an average of 200 wells were fracked per month.”

Nationwide, U.S. fracking operations saw a strong recovery in June with 49 wells fracked per day, an increase of five daily wells since May.

“This puts fracking in June just one daily well short of reaching the all-time high rate that was achieved in August 2018, when 50 wells were fracked across the U.S.,” Shulzhuk added.

The U.S. saw the spring months experience flattened average fracking activity, with just one well per day increase in both March and April followed by a two well-per-day decline in May.

Conversely, June experienced an increase of five wells per day across all major shale-producing regions in the U.S. – driven by the Permian, Eagle Ford, Bakken and the SCOOP/STACK play in Oklahoma.

“This latest batch of fracking activity confirms our belief that prospects look promising for U.S. shale production in the second half of the year,” said Shulzhuk. “Going forward we might still experience some positive surprises from fracking activity as we observe cases of back-loaded activity this year for selected players. However, we must also recognize that the high numbers achieved in June could turn out to be the peak fracking rate for all of 2019.” MICHAEL ONEAL  |  August 09, 2019
Get it while the getting is good. It will be worth less and less as time goes on. It will not be long before the cost of extraction and shipping is more than replacing with renewables. When the Saudis figure this out and start to cash out before their oil becomes worthless there will be a free fall in oil prices.
Dagan Smith  |  August 08, 2019
It's obscene to me that an article would almost glorify the process of obtaining yet more oil. We are heading towards an almost guaranteed increase of 4 degrees in my lifetime. What are you thinking?!
Bob  |  August 07, 2019
Is this an indication of the ever increasing number of wells required to maintain the same output?