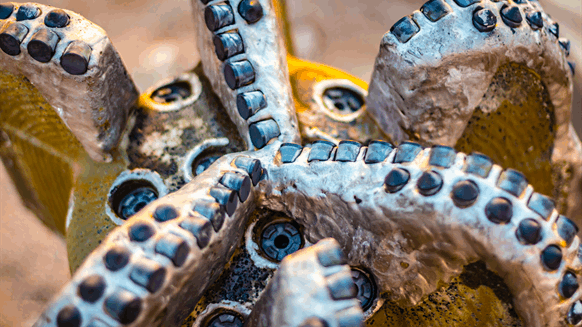 A unit of Surge Energy US Holdings Co. has reportedly drilled a record-setting lateral in the Permian Basin.

In a written statement, Surge noted that its wholly owned Medusa Unit C 28-09 3AH was successfully drilled to a total measured depth of 24,592 feet (total vertical depth of 7,102 feet). Based on IHS and Drillinginfo databases, the well is the longest known lateral in the Permian, the company noted. Surge added that the well was drilled 100 percent in zone of the Wolfcamp A formation with a total lateral length of 17,935 feet, or 3.4 miles.

Surge, which partnered with Latshaw Drilling and Exploration’s Rig 10 and Pro Directional for directional services, noted that it took 18 days to go from surface to total depth using conventional mud motor and measurement-while-drilling (MWD) technology. The company expects the well to be completed and brought online later this year.

“This industry milestone in the Permian Basin is our latest example of the innovation and technical expertise being executed by the Surge Energy Team,” stated Dexter Burleigh, Surge’s president and CEO. “We are extremely proud of our drilling team for this significant achievement.”

Medusa Unit C 28-09 3AH is located in the Moss Creek oil field, one of two assets that Surge operates in the northern Midland Basin of West Texas. According to Surge’s website, Moss Creek boasted net production of 42,467 barrels of oil equivalent per day during the fourth quarter of 2018. Moreover, the company – a U.S. subsidiary of the publicly listed Chinese firm Shandong Xinchao Energy Co., Ltd. – states that its Moss Creek horizontal development program is targeting the Wolfcamp A and B and Lower Spraberry formations.

sarah milne  |  May 07, 2019
Great performance - a really talented team - look forward to learning how many fracturing stages you commit to in this well. Hope you enjoy a successful production schedule later this year
david deans  |  April 30, 2019
The whole team should be proud of this achievement. Still, any directional driller who can control the well path in a 17,000'+ lateral with conventional tools is a magician in my book. Well done!
Chris Tyler  |  April 28, 2019
No magic there just an impressive team of people that don’t over complicate things and have a work ethic that is second to none. I bet we see more outstanding performances from this same group in the near future.
David Deans  |  April 20, 2019
"Surface to TD using conventional mud motor and MWD technology." Really??? What magic do they use to slide drill in a 17,935' lateral?
RELATED COMPANIES
Company: Surge Global Energy more info
Company: IHS, Inc. more info