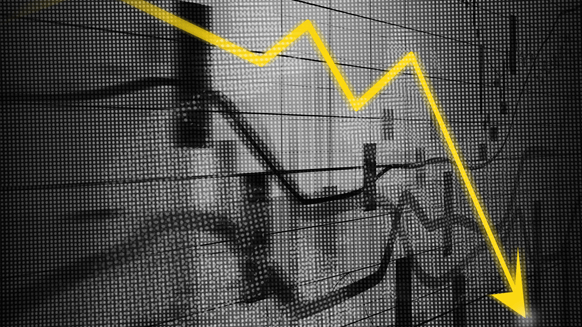 A new report by Wood Mackenzie examines the risks facing operators and investors from inaccurately estimating well decline rates in the Permian.

While parallels can be drawn between the current boom and prior periods of intense Permian activity, investors and operators should be careful when basing decline rates of horizontal tight oil wells on data from vertical wells, warns a July report by Wood Mackenzie.

The Permian has thousands of vertical wells that have been producing for decades, but the relative immaturity of the Wolfcamp compared to other zones means pure field data for horizontal tight-oil wells goes back just eight years. Because of this, proxy values based on decades-old data from vertical wells and other shale plays have often been used to determine tight-oil terminal decline rates.

“The challenges of modeling tight well estimated ultimate recoveries (EURs) are growing and accurately selecting a representative terminal decline rate is not always straightforward,” Ryan Duman, principal analyst with Wood Mackenzie’s Lower 48 upstream team, said in a release. “It may have been historically, but using those assumptions for today’s Wolfcamp wells in the Permian may contribute to inaccurate volume assessments and valuations.”

Once the decline rates are adjusted to reflect the more realistic 14 percent scenario, it’s realized that terminal declines are a long-term risk to production. By 2040, nearly 800,000 barrels per day of Permian production is lost.

Duman said the most significant risk associated with the decline rate error is with investors who are looking to purchase assets with a significant proportion of existing producers.

“To date, the bulk of Permian M&A activity has targeted undeveloped tight oil acreage, but we are starting to see more developed properties transact,” he said. “In the past two years alone, 16 of the largest Permian deals, totaling almost $2 billion, have involved what we classified as mid-life or late-life assets.”

Companies trying to grow within a constrained capital budget will be hit hardest by accelerated declines due to less contribution from mature wells.

“Operators with the smallest projected cash flow deficit – that is, more established players – may fare the worst in regard to present value erosion because they have more mature wells in their portfolio today and could have exhausted a larger portion of ultra-low-cost drilling locations,” said Duman.

The Permian is still expected to dominate U.S. oil supply growth. But if decline rate values aren’t accurately and consistently employed when calculating future production, operators may find themselves drilling more than they expected to or budgeted for to meet their plans for growth.

Rudolph Gebhart III  |  August 03, 2018
A bottleneck in the WaHa PL exists. Building a PL to the coast is underway, but may take Yrs. I suggest using gas turbines to make electricity and sell it to the grid. Buy cheap PL quality gas and burn it in W.Texas.
John D LaRue  |  July 30, 2018
Most important is horizontal wells do not have a constant decline rate and 14% the author proposes is still way too low. Length of lateral, number of stages and other well factors have an impact on decline.
RELATED COMPANIES
Company: Wood Mackenzie more info