Permian and Bakken Refiner Wants to Be Change Agent 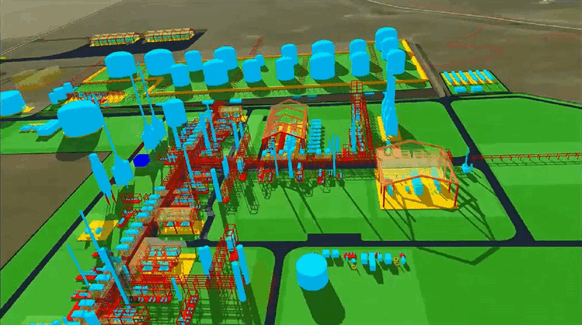 The developer of two grassroots U.S. oil refineries reported late last week that it has formally completed and adopted a stringent program for identifying, evaluating and managing environmental and social risks tied to the projects.

Meridian Energy Group, Inc., which plans to build new refineries in the Bakken Shale formation and the Permian Basin, stated that its new Environmental and Social Management Plan (ESMP) aligns with the Equator Principles – a risk management framework embraced by 101 financial institutions in 38 countries.

“Meridian took this approach from day one, not because of government dictates or to fulfill the terms of government subsidies or funding, but because it is what its founders and management team chose to do,” Meridian CEO William Prentice told Rigzone. “These professionals wanted to create a firm that would be a profitable agent of change in cleaning up one of the most archaic and dirty segments of the energy industry.”

Prentice described ESMP as a “common baseline and framework” for employees and company partners – such as contractors – to navigate potential or actual environmental and social risks and impacts during project development and operations.

Meridian’s two refinery projects include the Davis Refinery in Belfield, N.D., and a similar facility in Winkler County, Texas, near the city of Kermit. The company has stated the 49,500-barrel per day (bpd) North Dakota project and the 60,000-bpd Texas project will each qualify as a “Synthetic Minor Source” from an emissions perspective. As this March 2019 Rigzone article notes, the designation applies to benzene and sulfur removal in gasoline production, flare stack output and volatile organic compound releases. The company contends that its flagship Davis Refinery will produce one-tenth of the air emissions and less than one-half the total greenhouse gas emissions compared to the U.S. refinery industry average.

“The Meridian ESMP reflects the company’s culture and objectives, established at conception of the firm, and are reflected in the design and the permitting of the Davis Refinery,” said Prentice. “One important result is that Davis will be the cleanest refinery on the planet when completed and will help change the industry.”

Prentice said the front-end engineering design (FEED) work is concluding on the Davis project to prepare the completion of full project financing by investment banking firms. He explained the FEED includes engineering “inside the fence line” as well as engineering and contract development “outside the fence line.” The latter case involves work ranging from developing the company’s Remote Operations for Engineering and Technologies (ROCET) programs – including a full digital twin – to developing operational readiness programs, he said.

“The ROCET program consists of a collaboration of digital and operations technologies combined with administrative and financial control software,” remarked Prentice, adding that ROCET will enable the Davis facility to be the “smartest” refinery ever designed and operated. “Meridian’s ROCET program is an innovation in the downstream industry using proven technologies from multiple parallel industries, including raw material mining, upstream oil and gas production, midstream gas gathering and large city management on a global basis.”

According to Prentice, the ESMP will yield a markedly different type of refinery – one reflecting an unprecedented playbook for the industry.

“The difference is embodied in the sum total of the design and operating plan,” he said. “Simply put, we started with a clean sheet of paper and it’s been almost 50 years since anyone has done what we’ve done. We’ll be the first refinery to use a full digital twin. This allows us to run real-time dynamic simulations, constantly modifying and improving our refinery operations. We also take advantage of breakthrough emissions monitoring and control technologies ensuring Meridian’s place as a good environmental neighbor.”

Prentice noted that his firm expects to resume some site work at Davis this spring. He added, however, that most of the field activity will not occur until 2021. He also pointed out that site analysis and preliminary engineering are underway for the initial phase of the Permian refinery.

“Once siting is confirmed, more detailed engineering will begin in preparation for permitting of that plant,” he said, hinting that other investments may loom on the horizon.

“In addition to our projects in North Dakota and Texas, siting studies are underway for additional potential locations,” Prentice noted.

Sreekumar pillai  |  February 19, 2020
I have been working in phases on the concept of Digital twin. I would like to know the plan going forward. Currently i am on an assignment at the new grass root refinery in middle east.
Charlene  |  February 19, 2020
Well, that's all fine and dandy. I just hope they don't expect to sell their refined goods for more money. They are free to believe how they want, but don't expect your customers to pay more money for a product because of your beliefs