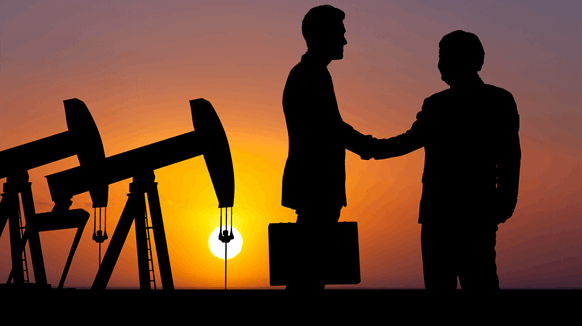 U.S. independents Parsley Energy, Inc. and Jagged Peak Energy Inc. have entered into a definitive merger agreement which will allow Parsley to acquire Jagged Peak in an all-stock deal valued at $2.27 billion.

U.S. independents Parsley Energy, Inc. and Jagged Peak Energy Inc. have entered into a definitive merger agreement which will allow Parsley to acquire Jagged Peak in an all-stock deal valued at $2.27 billion, both companies announced Monday.

“The combination of Parsley and Jagged Peak is a natural fit,” Parsley CEO Matt Gallagher said in a company statement. “Jagged Peak's oily, high-margin asset base slots in nicely to our returns-focused development approach, its acreage footprint and water infrastructure dovetails into our legacy Delaware Basin position and its corporate culture aligns with our core values… we now have a premier Delaware Basin business that rivals our foundational Midland Basin business.”

Back in June, Parsley’s Gallagher said his company was an attractive purchase for potential buyers, but declined to say if the company had been approached by a deal.

Commenting on Parsley’s acquisition of Jagged Peak, Enverus’ M&A analyst Andrew Dittmar said, “This merger between two Permian pure-plays looks to be right out of the shale company consolidation playbook, something investors and industry analysts have been calling for and builds Parsley’s scale in a key portion of the Delaware Basin.”

“However, it may be challenging convincing investors of the benefits out of the gate since they have not generally been supportive of E&P M&A when actually implemented,” Dittmar added. “It is a bit of a paradox in the industry right now that while investors support the idea of consolidation to reduce expenses, they tend to sell off companies when they actually announce a deal.”

Following the close of the transaction, Parsley shareholders will own 77 percent of the combined company. Parsley’s board of directors will expand to 11 directors and will include two members of the current Jagged Peak board of directors. Parsley’s executive management team will lead the new company and it will remain headquartered in Austin, Texas.

The transaction is expected to close during the first quarter of 2020.