Oxy Agrees to Buy Anadarko for $57B 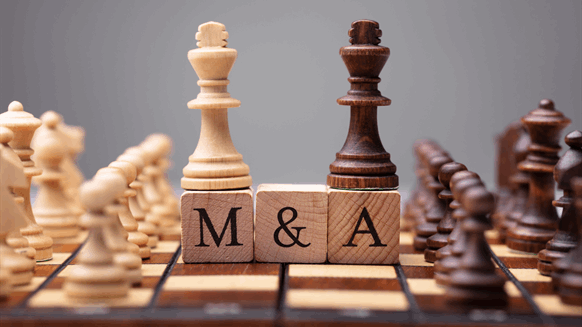 Occidental has entered into an agreement to buy Anadarko.

The deal, which is for $59 in cash and 0.2934 shares of Occidental common stock per share of Anadarko common stock, is valued at $57 billion, including the assumption of Anadarko’s debt.

This transaction creates a $100+ billion “global energy leader” with 1.3 million barrels of oil equivalent per day of production, according to Occidental. The company said the deal provides “compelling strategic and financial rationale for all stakeholders”.

Occidental expects to fund the cash portion of the consideration through a combination of cash from its balance sheet and fully committed debt and equity financing, including proceeds from a previously announced $10 billion equity investment by Berkshire Hathaway, Inc.

The transaction has been unanimously approved by the boards of both companies and is expected to close in the second half of 2019. The deal is subject to customary closing conditions, including approval from Anadarko’s shareholders and the receipt of regulatory approvals.

“This transaction further establishes Occidental as a premier operator in prolific global oil and gas regions with the ability to deliver production growth of five percent through investment in projects with industry-leading returns,” Hollub added.

“With greater scale, an unwavering focus on driving profitable growth and our commitment to growing our dividend, we are creating a unique platform to drive meaningful shareholder value,” Hollub continued.

Commenting on the deal, Anadarko Chairman and CEO Al Walker said, “we are pleased to have reached an agreement with Occidental that delivers significant, near-term value to our shareholders”.

“Anadarko's employees have strategically assembled a premier portfolio of world-class assets and this transaction would not have been possible without our board's leadership over the past several months,” he added.

“We are proud of the substantial premium we have delivered to our shareholders and look forward to working with Occidental to ensure a smooth transition,” he continued.

Chevron revealed on April 12 that it had entered into an agreement to buy Anadarko. Twelve days later, Occidental Petroleum Corporation announced that it had made a proposal to acquire Anadarko. The company then went on to alter its offer last week.

On Monday, Anadarko announced that it intended to terminate its Chevron merger deal in order to enter into a merger agreement with Occidental. Anadarko confirmed on Thursday that it had terminated its deal with Chevron and that it had paid the company a termination fee of $1 billion.

An Occidental representative did not respond to an emailed question from Rigzone on Thursday asking if the company saw any staff layoffs as a result of its deal with Anadarko. The company has, however, revealed that it expects to deliver $3.5 billion of free cash flow improvement through $2 billion of “annual cost synergies” and $1.5 billion of annual capital reductions.

Occidental has already entered into a binding agreement to sell Anadarko’s Africa assets to Total S.A. for $8.8 billion.

Steve Schoen  |  April 21, 2020
"Worst Deal Ever" in the words of Carl Icahn, last year, when CEO Vicki Hollub put this monster deal over the finish line with $39 Billion of borrowed money. Weakening economy and falling oil prices could be seen for 2020, before Covid 19 struck. Probably Disaster for OXY shareholders, bond holders, and even for Warren Buffett.
Fil Munas  |  March 18, 2020
How does the deal look now on 3/17/2020?
Russell Hopley  |  May 11, 2019
This an exciting accomplishment and I hope it will be completed successfully and quickly for the benefit of both companies and the oil and gas industry! Best Wishes from a 41 year veteran of the international oil industry! Russ Hopley
Steven Marchand  |  May 10, 2019
On reflection, I'm sorry I sold Occidental stock I once had during a lengthy period, when Oxy was run by Armand Hammer and the company's performance was moribund. I believe this acquisition signals a new, positive day for the company.