Oxy Adds to Cuts and Icahn Wins Board Appointments 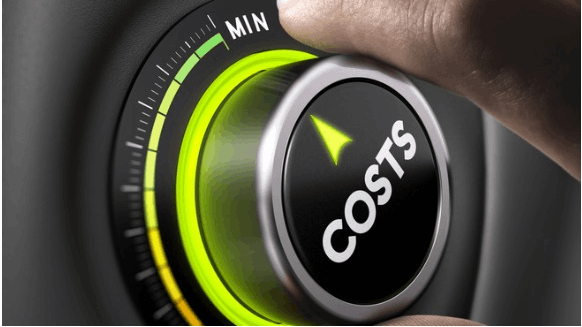 Occidental Petroleum unveiled more cost-cutting Wednesday, along with changes to the board of directors.

Two weeks after announcing that it will cut its 2020 capital expenditures by approximately one-third and reduce its quarterly dividend by 86 percent, Occidental Petroleum Corp. on Wednesday unveiled more cost cuts.

“We are making solid progress with additional cost reductions to help withstand the low commodity price environment and other macroeconomic pressures impacting our industry and the global economy,” Oxy President and CEO Vicki Hollub remarked in a written statement emailed to Rigzone. “Based on our team’s recent efforts, we now expect to significantly lower our costs in all aspects of the business.”

Oxy stated Wednesday that it will now reduce its 2020 capital spending to approximately $2.5 billion. The firm explained the revised figure represents a decrease of $2.7 to $2.9 billion from its original 2020 guidance of $5.2 to $5.4 billion. The 2020 capital budget projection in place from March 17 until Wednesday’s announcement ranged from $3.5 to $3.7 billion. Oxy noted that its most recent $2.5 billion capex budget amounts to “a midpoint reduction of 47 percent” against the original target.

According to Oxy, the company now expects 2020 annual production from continuing operations – at current commodity prices – to range from 1.275 to 1.305 million barrels of oil equivalent per day (boepd). That equates to a six-percent decrease from prior guidance ranging from 1.36 to 1.39 million boepd, the firm added.

Oxy also stated that it will reduce its 2020 operating and corporate costs by at least $600 million against the original 2020 plan. The cuts include “significant salary reductions for executive leadership,” the firm noted. In addition, it pointed out the opex and corporate cost reductions augment $1.1 billion in previously announced operating and overhead cuts that should be fully implemented this year.

The company also stated that it expects its “combination of synergy realizations and additional cost reductions” to yield approximately $500 million in future quarterly run-rate costs in selling, general and administrative (SG&A), other operating expense and exploration overhead. The firm noted that it anticipates 2020 domestic operating costs to fall to approximately $7 per barrel of oil equivalent given the newly announced operating cost reductions.

“We will continue to take actions as necessary to further strengthen our balance sheet and ensure the long-term viability of the business,” stated Hollub.

Icahn Board Choices Get Green Light

Separately on Wednesday, Oxy revealed it has made a deal with one of its top shareholders – activist investor Carl C. Icahn – to add three Icahn-designated directors to the company’s board.

The company stated that Andrew Langham, Nicholas Graziano and Margarita Palau-Hernandez will join the board as independent directors effective immediately. Moreover, it noted that existing directors Spencer Abraham, Eugene Batchelder, Margaret M. Foran and Elisse B. Walter will retire from the board as of the company’s 2020 annual stockholders’ meeting. After the annual meeting, 10 of the board’s 11 directors will be independent, Oxy reported.

“We are pleased to reach this agreement with Carl Icahn, and we look forward to working with Carl Icahn’s board members and the rest of the board and management as a team to navigate the current difficult environment,” commented former Oxy CEO Stephen I. Chazen, who recently returned to the company as board chairman.

Langham, Graziano and Palau-Hernandez will each sit on the board for an initial term expiring at the 2020 annual meeting, and each will appear on the slate of nominees for election as director at the annual meeting, Oxy noted.

“We believe Oxy is a good company with good assets,” remarked Icahn, whose Icahn Group owns approximately 9.9 percent of the outstanding shares of Oxy’s common stock. “We are pleased to have reached this settlement and can now focus on working with Steve Chazen to enhance value for all Oxy stockholders.”