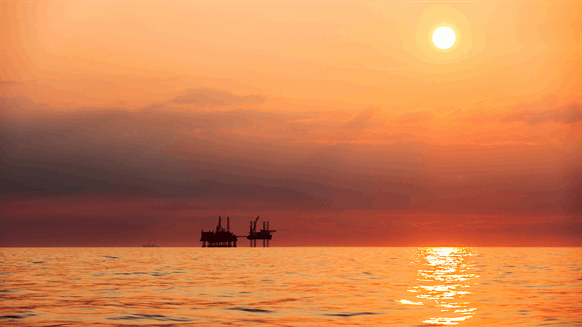 Fieldwood Energy has big plans after restructuring and recapitalization.

The overall increase in crude oil prices notwithstanding, a “new attitude” toward U.S. Gulf of Mexico (GOM) operators among federal government regulators and the White House is helping deepwater oil and gas firms to better position themselves for growth in the short and long terms, the head of one of the largest GOM operators told Rigzone.

“We now have an administration that is partnering with us,” Fieldwood Energy CEO Matt McCarroll said. “On a long-term basis and on a day-to-day basis, that’s very important.”

Moreover, McCarroll said the evolving capital access situation for deepwater operators has been instructive for companies such as his.

“All of the capital seems to be chasing the next shale play onshore,” McCarroll explained, adding that the scenario has taught operators to be more efficient and deploy capital to more targeted projects.

To be sure, some operators have decided that shedding GOM acreage better aligns with their business strategies. One such company is Noble Energy, Inc., which recently sold all of its deepwater oil and gas assets to Fieldwood.

Fieldwood, a portfolio company of the private equity firm Riverstone Holdings LLC, acquired the Noble assets in conjunction with a unique restructuring and recapitalization plan that allowed the company to emerge from a 44-day bankruptcy period. Under the plan, which received approval from the U.S. Bankruptcy Court in early April, Fieldwood raised $525 million of capital to pay for the Noble assets and generate working capital. Moreover, it reduced its debt by $1.6 billion and eliminated $134 million in annual cash interest.

“The restructuring was a balance sheet recapitalization,” recalled McCarroll. “We had positive cash but too much debt on the balance sheet. We had debtholders willing to convert $1.6 billion of debt into equity and also fund a new $525 million capital raise and give us new debt terms that were very attractive. We’ve reset the company.”

Acknowledging that the plan was challenging to orchestrate, requiring agreements with various stakeholders to occur simultaneously, McCarroll pointed out the deal ensured that all creditors were accounted for and that company employees remained on the payroll.

“There were no unsecured creditors and no employees were left out,” McCarroll said. “It was really an administrative bankruptcy.”

Thanks to the restructuring and recapitalization, Fieldwood has been able to embark on a capital spending program that represents a sevenfold year-on-year increase.

“We spent $50 million in capital last year,” said McCarroll. “We’re going to spend $350 million in the next year and even more in 2019 – both in the shallow and deepwater Gulf of Mexico.”

McCarroll expressed optimism that increased activity will be replicated in the coming year by other GOM operators, but he predicted that more consolidation will occur.

“Hopefully we won’t see the continued exodus of quality workers and equipment from the Gulf,” he said.

In addition to taking on a more active role in the U.S. GOM, Fieldwood is engaged in a drilling campaign with PetroBAL in the Mexican sector of the Gulf – an area that McCarroll said should witness a continued uptick in activity.

McCarroll told Rigzone that two appraisal wells and the same number of well tests have been completed in the Ichalkil oil field. Fieldwood and PetroBAL acquired the shallow water acreage, located in the Bay of Campeche, in 2015 during the second tender of the Mexican government’s first offshore bidding round.

“We’re very pleased with the results,” McCarroll said. “There are more reserves there than expected.”