OPITO Names 2019 Apprentice of the Year 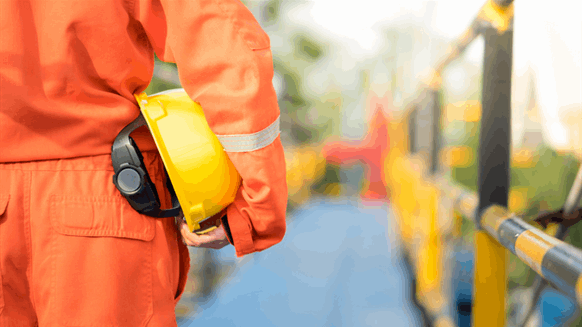 A 33-year old from Dundee who decided to switch careers and enter the oil sector has been named as OPITO's 2019 apprentice of the year.

A 33-year old from Dundee who decided to switch careers and enter the oil sector has been named as OPITO’s 2019 apprentice of the year.

Gavin Brown had been working as a petrol pump designer when he decided it was time for a change, according to OPITO. From a field of 1,500 applications, he secured a place in the Oil & Gas Technical Apprentice Program (OGTAP) and has just completed his second year as an instrumentation and control maintenance apprentice. Brown is now set to continue his training offshore in May with his sponsor TAQA.

“It is a great honor to be chosen for this award,” Brown said.

“Going to an office and sitting behind a computer wasn’t the lifestyle I wanted and I found the oil and gas industry appealing,” he added.

“Initially I thought I might be too old for an apprenticeship, but then saw others my age, and even older, successfully pave the way so I took part in an online assessment. I was then invited for an interview and was delighted to be selected as an instrumentation and control maintenance apprentice,” he continued.

OPITO CEO John McDonald, who presented the apprentice of the year award, said, “this was a very challenging decision for the panel to make because of the extremely high caliber of all four finalists”.

“Each of the nominees demonstrated ambition, determination, self-motivation and a willingness to work hard to reach the top of their professions. The ability to work in a team, as well as lead from within, also shone through in each finalist,” he added.

OGTAP, which is managed by OPITO and the ECITB, is one of the UK’s largest industry-led apprenticeship initiatives. Apprentices attend an industry selected college for 21 months to gain required qualifications before spending two years with a sponsoring energy company. The best performing OPITO candidate is nominated by college tutors and OPITO mentors for the annual award.

OPITO describes itself as a global, not for profit, skills body for the energy industry. More than 350,000 people are trained to OPITO standards every year, across 45 countries through 200 accredited training centers, according to the organization’s website.