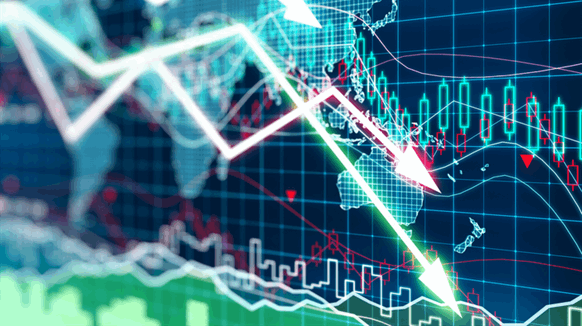 OPEC's strategy to end a worldwide crude glut is causing havoc for a vital link in the oil industry's supply chain.

(Bloomberg) -- OPEC’s strategy to end a worldwide crude glut is causing havoc for a vital link in the oil industry’s supply chain: the fleet of supertankers that shuttle fuel between continents.

The ships’ average earnings plunged last year by more than half to levels not seen since 2009 and far below what shipping analysts had been predicting. Now, the producer group’s extension of output cuts throughout 2018 is adding to the downturn.

“These cuts reduced the number of cargoes from the Middle East to Asia significantly at a time when a large amount of newly-built vessels are being delivered,” Olivier Jakob, managing director at Petromatrix GmbH in Zug, Switzerland, said in a phone interview.

Oil supertankers, known in the industry as very large crude carriers, or VLCCs, can measure a quarter of a mile in length and haul about 2 million barrels of crude. Since the beginning of 2017, the Organization of Petroleum Exporting Countries and its allies have sought to reduce oil production by almost 1.8 million barrels a day, curbing exports and business for tankers on key trade routes. The group in June plans to revisit the cuts, which currently run through the end of the year.

Meanwhile, the global supertanker fleet is expected to expand by 4 percent this year, after growing 5.3 percent last year and 7.4 percent in 2016, Clarkson Research Services Ltd. estimates. Shipping rates have tumbled in recent months, a time of year when they often strengthen.

“If OPEC lifts the output cut in its revision in June, the rates would improve as more oil will be pumped to the market,” said Jakob. “But if it doesn’t then the rates would suffer the whole year.”

Earnings for the vessels slumped by 57 percent to $17,794 a day on average last year, the lowest since at least 2009, Clarkson data show. Analysts surveyed by Bloomberg had anticipated an average of $25,000 a day for 2017.

Oil prices and tanker earnings often move in opposite directions. In 2013, a year when Brent crude reached almost $120 a barrel, supertankers earned an average $18,621 a day, according to Clarkson. Two years later, amid the oil-price slump, daily returns jumped to an average $64,846.

Since June, Brent futures have soared more than 50 percent to the highest level in more than three years. They traded at $67.92 a barrel as of 1:53 p.m. in London. Earnings on a key supertanker route from the Persian Gulf to Asia plummeted 69 percent in 2017 to end the year at about $16,000 a day, well below the December seasonal average, Baltic Exchange data show.

The rate rout has affected some of the world’s largest tanker companies. Shares of Bermuda-based DHT Holdings Inc. declined to a 2017-low of $3.55 on Dec. 20, though they have risen slightly in recent days. Frontline Ltd.’s shares dropped 39 percent last year.

Fleet growth and inventory drawdowns, which reduce the amount of fuel for export, are “the dominant reason for the weak tanker market we have experienced during the last 12 months,” Robert Hvide Macleod, chief executive officer of Frontline’s management business, said by email. The OPEC cuts have been offset by an increase in trade flows elsewhere, including the Atlantic Basin and from the U.S. to Asia, he said.

Amid the market turbulence, Antwerp-based Euronav NV on Dec. 21 said it would acquire Gener8 Maritime Inc. of New York, creating an independent tanker operator with a fleet of 75 crude tankers, including 44 VLCCs. Euronav declined to comment because the transaction hasn’t been completed yet. A Gener8 Maritime spokesman didn’t respond to a request for comment.

“The crude tanker market has a double whammy: reduced OPEC exports and too many new ships,” said Burak Cetinok, head of research at Arrow Shipbroking Group in London. “We expect volatility in the rates this year but overall a challenging market.”