OPEC+ Price Spike Will be Short-Lived 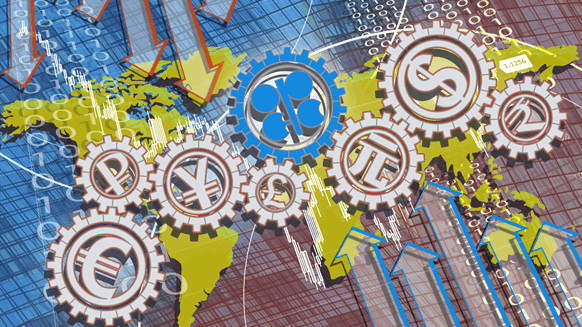 Experts look at what the latest OPEC+ developments mean for the oil price.

The price spike on last Friday’s OPEC+ news will be short-lived due to continuing questions about the group’s ongoing compliance, increased supply in the marketplace and slowing demand from weaker global growth and sustainability initiatives.

That’s according to Richard Soultanian, the president of NUS Consulting Group, who told Rigzone that the OPEC+ agreement’s efficacy is declining with each passing month.

“With no clear exit strategy, it seems that the group’s strategy is now headline and news driven. Under these circumstances, we see prices declining in the first quarter of 2020,” Soultanian stated.

“Saudi Arabia got what it wanted out of this meeting, a strong headline and a spike in price to support the Aramco offering, however the underlying market fundamentals seem little changed,” he added.

“All things considered, in 2020 we expect [Brent] prices to continue to remain range-bound like this year, between high $50s and mid-to-high $60s,” Rahman stated.

“Prices could go even lower if global growth turns out to be lower than what the market is currently anticipating, particularly if the U.S.-China trade war escalates further,” Rahman added.

The Apex Consulting Director went on to say that prices can also go up, if global economic growth turns out to be stronger than what is expected currently, “especially if the U.S.-China trade war situation improves”.

“In such a case, depending on the overall demand-supply balance, Saudi Arabia, as OPEC’s de facto leader, may allow members to unofficially produce more than their agreed quotas and even increase its own production too,” Rahman stated.

After the OPEC+ meeting ended, Abhishek Kumar, head of analytics at Interfax Energy in London, told Rigzone that Interfax Global Gas Analytics forecasts the Brent crude front-month futures price will average $64 per barrel in 2019 and $69 per barrel in 2020.

Kumar said OPEC+’s decision to deepen the output cut in itself will not be a “significant” bullish factor for oil prices but added that “persistent overcompliance” with the production-cut target will be supportive of prices.

“The outcome of the OPEC+ meeting signifies a compromise between Saudi Arabia and Russia,” Kumar stated.

“The decision could also be seen as member countries giving Saudi Arabia some time to go through the process of Aramco’s IPO. High enough and stable oil prices will facilitate the IPO process,” he added.