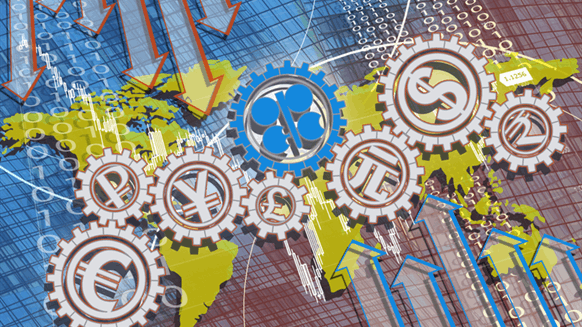 The OPEC Secretariat held a special workshop on climate change via videoconference earlier this week.

The OPEC Secretariat revealed that it held a special workshop on climate change via videoconference earlier this week.

OPEC noted that the technical workshop on climate response measures attracted a number of speakers and participants from OPEC member countries, non-OPEC oil producing countries participating in the declaration of cooperation and international industry experts.

OPEC Secretary General Mohammad Sanusi Barkindo opened the workshop by highlighting the importance and timeliness of holding a session with a climate focus. He noted that the world is facing two global crises at the moment; Covid-19 and climate change.

“OPEC has been involved in the crucial discussion around response measures for many years, including in the UNFCCC and the Paris Agreement,” Barkindo said in an organization statement, noting that climate-change actions will impact future energy demand and the energy mix, which will in turn affect energy-exporting developing countries.

Barkindo also emphasized that OPEC member countries are advocates of environmental and climate change issues and added that they continuously attempt to identify ways to mitigate climate change and its impact, including through economic diversification.

OPEC revealed recently that it is set to launch its 2020 World Oil Outlook (WOO) via videoconference next month, which will focus on the upstream and downstream sectors, supply and demand, investments, the potential impact of policies, the environment and sustainable development.

The WOO, which was first published back in 2007, provides an in-depth review and analysis of the global oil and energy industries and offers a thorough assessment of various sensitivities in the medium- and long-term development of the oil industry, according to OPEC.

OPEC describes itself as a permanent intergovernmental organization of 13 oil exporting developing nations that coordinates and unifies the petroleum policies of its member countries. Created at the Baghdad Conference on September 10–14, 1960 - by Iran, Iraq, Kuwait, Saudi Arabia and Venezuela – the group’s mission is to coordinate and unify the petroleum policies of its member countries and ensure the stabilization of oil markets, according to its website.