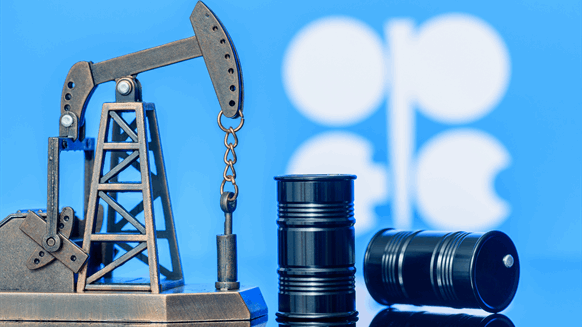 It was no surprise that OPEC+ decided to hold production steady at its latest meeting and the association of oil producers now must face the unstable market.

It was no surprise that OPEC+ decided to hold production steady at its latest meeting and the association of oil producers now must face the unstable market.

The meeting followed a decision by the group back in October to cut overall production by two million barrels per day from its August 2022 required production levels, starting November 2022.

According to a production table posted on OPEC’s website in October, Saudi Arabia and Russia are bearing most of these cuts at 526,000 barrels per day, each.

At the meeting, the group reaffirmed the adjustment of the frequency of Joint Ministerial Monitoring Committee (JMMC) monthly meetings to every two months and the authority of the JMMC to hold additional meetings or to request an OPEC and non-OPEC ministerial meeting at any time to address market developments if necessary. The next OPEC+ meeting is scheduled to be held on June 4, 2023.

After OPEC+ meeting, Ann-Louise Hittle, vice president for Macro Oils at Wood Mackenzie, said: “The decision by OPEP+ to continue with its recently agreed 2 million barrels per day (b/d) production cut through the end of 2023 is not a surprise, given the uncertainty in the market over the impact of the December 5 EU-Russia crude oil import ban and the G7 price cap. In addition, the producers group faces downside risk from the potential for weakening global economic growth and China’s zero Covid policy.”

The outcome fits with Wood Mackenzie’s short-term forecast, which assumed a continuation of the recent cuts. Despite the OPEC+ production cuts, Wood Mackenzie’s forecast shows a balanced market for 2023 with adequate supply.  The forecast for 1.8 million b/d of global oil supply growth in 2023 is nearly matched with an expected increase of 2 million b/d for demand for the year.

“Prices are currently weighed down by expectations of slow demand growth, despite the EU oil import ban on Russian crude and the G7 price cap. The adjustment to the EU ban and price cap is likely to support prices temporarily,” Hittle stated.

She added that under the EU ban, crude oil exports that go to Europe currently will need to clear into more distant markets, or additional supply will need to be shut in.

“EU nations that import Russian crude oil either by ship or from the Druzhba North pipeline will need to replace those volumes with waterborne imports, increasingly pulling on crude oil exports from the Middle East, West Africa, and the US. The crude import ban is followed by a product import ban for the EU starting on February 5. With the distillate market already tight, the product ban could support crude oil prices in Q1 2022,” Hittle councluded.