OPEC+ Cut Will Further Raise Tensions with the West 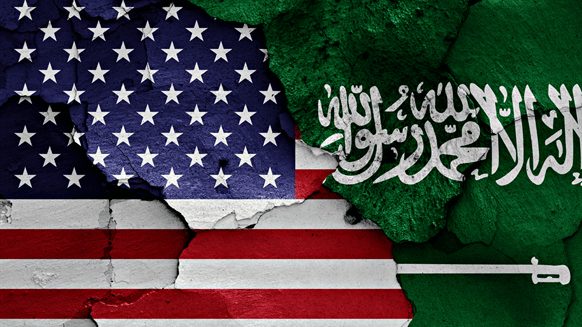 'This has led to speculation that Washington may seek to further ramp-up pressure on the group, including via revival of the NOPEC bill'.

OPEC+’s latest production cut will further raise tensions between the group and the West, Fitch Solutions Country Risk & Industry Research has warned in a new report sent to Rigzone.

“The U.S. in particular has put considerable pressure on the group over the past year to accelerate the return of cut barrels to market and help temper price gains,” analysts at Fitch Solutions stated in the report.

“However, OPEC+ has largely resisted this pressure, as per its preference for continued higher prices. This has somewhat frayed relations between the U.S. and its allies in the Middle East and resulted in a ‘tit-for-tat’ approach to energy policy, with the U.S. raising storage releases to offset production cuts by the group,” the analysts added in the report.

“The same dynamic is seemingly still in play, with U.S. President Biden announcing an additional 10 million barrel storage release for November in the immediate aftermath of the OPEC+ cut announcement. This has led to speculation that Washington may seek to further ramp-up pressure on the group, including via revival of the NOPEC bill (allowing producers to be sued in U.S. courts on antitrust grounds) and potential curbs on military aid,” the analysts continued.

Fitch Solutions analysts highlighted in the report, however, that the NOPEC bill has failed repeatedly in the past and still faces considerable barriers to passage and implementation, “while curbs on military assistance would be severe reaction and potentially damaging to broader U.S. strategic interests in the region”.

“Instead, Biden will likely focus his efforts on encouraging higher domestic oil production and extending storage releases, albeit with little impact on prices, in our view,” the analysts stated.

In a separate report sent to Rigzone last Friday, analysts at Standard Chartered said they “disagree with the prevailing view in media and analyst coverage that the cuts are aggressive and aimed against the U.S., and that key OPEC members have sided with Russia by acting to cut the surplus”.

“In contrast, we think the meeting and the subsequent press conference showed Russia’s marginalization and its loss of influence,” Standard Chartered analysts added in that report.

At the 33rd OPEC and non-OPEC Ministerial Meeting, which took place in person at the OPEC Secretariat in Vienna, Austria, on October 5, the group decided to adjust its overall production downward by two million barrels per day from August 2022 required production levels, starting from November 2022.

In a production table published on the OPEC website, the group highlighted that Saudi Arabia and Russia have the highest “voluntary production” levels from November 2022 to December 2023, at 10.47 million barrels per day each.