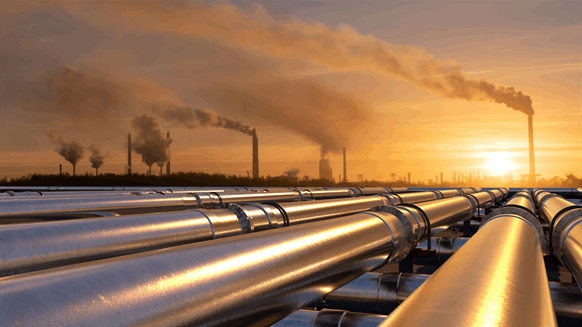 Initial findings from Westwood’s upcoming onshore pipeline market forecast indicate that the outlook for oil and gas-related pipelines has improved in 2021, driven by higher commodity prices and a recognition from numerous markets that diversification in supply is required. Overall, almost 310,000km of new pipelines are forecast to be installed between 2022 and 2028, translating into a spend of $369 billion.

Westwood said that the expenditure and number of additional kilometers installed were expected to be led by North America, with pipelines to increase gas offtake capacity in the US’ major shale plays leading demand. The cost per kilometer installed in the region is forecast to be among the highest globally with labor costs and significant legal challenges and permitting issues pushing up costs strongly in the region. Asia is also expected to see major investment over the forecast, led by China and India.

Continued heavy investment in O&G pipelines is anticipated in China to increase imports, with multi-thousand-kilometer lines such as the West-East Gas Pipelines 4 & 5 (a combined 6,323km) and the Xinjiang Coal-to-Gas pipeline (8,372km) undergoing installation activity over the forecast period. Outside of these two regions, activity is expected to be more limited but still strong in Eastern Europe & FSU, driven by the construction of additional pipeline capacity in Russia to serve Asian markets as sanctions limit demand elsewhere. In Africa, should the 6,500km Central African Pipeline System, which is planned to link 11 countries in the region, go ahead, it will be a major rise for regional installation activity.

This surge in pricing, combined with long-term forecasted gas demand growth through 2040, is expected to drive the need for new pipeline supply. However, Westwood noted that some of the more ambitious pipeline projects had been mooted since the rise in gas prices, such as the Trans-Saharan Gas Pipeline and the Midcat Pipeline. Those projects are still considered unlikely to progress given the economic, logistical, and security issues.

As well as this, regions such as Asia, Africa, and Australasia are seeing an uptick in demand for small-diameter gas pipelines to improve and further develop their domestic gas networks, spurring investment. For example, Australia has laid out plans to increase domestic gas production to avoid a forecasted shortfall in gas in the middle of the decade, something that will require strong investment into gas pipeline infrastructure. India meanwhile is in the process of plans to add around 16,000km of pipeline to the country’s network – doubling its capacity.

While gas pipelines lead over liquids, there is still a substantial number of liquid pipelines forecast over the next seven years, with demand remaining strong in several regions. China is expected to remain a key demand driver of liquid pipelines, while new pipelines in the Middle East to help countries such as Iraq, Saudi Arabia, and the UAE reach production capacity targets, will also support liquid pipeline installations through 2028.

Projects related to field developments, such as the 1,443km East Africa Crude Oil Pipeline, which is linked to TotalEnergies Lake Albert oilfield development, will also contribute to the installed base of liquid pipelines.

Despite the general positivity, key challenges the industry has faced in recent years remain prevalent. Construction and material costs, which were already impacting the economic viability of many pipeline projects, have risen heavily in 2022 potentially impacting the economic viability of some projects, especially in high-cost regions such as North America.

At the same time, public opposition to pipeline projects remains extremely strong, with protests and pressure on financial institutions to stop funding oil and gas-related projects delaying and potentially leading to the cancellation of some projects. This can translate into permitting problems as local counties deny permits, stalling projects regardless of what commodity prices sit at. The uncertainty in the market around commodity prices also puts added pressure on projects and a significant downturn could hit installation activity hard.

Overall, while there remain major threats to the construction of new pipelines for the oil and gas industry, Westwood believes that it is a market that is vital to countries across the globe, supporting high levels of installation activity and expenditure over the forecast period.