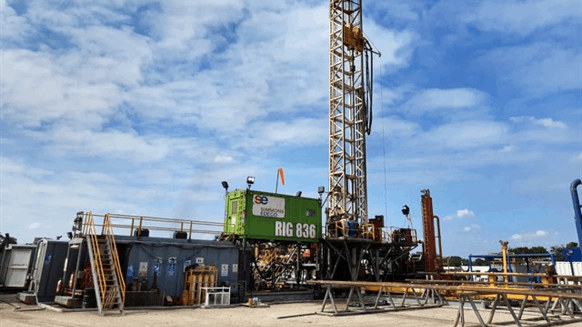 Calgary-based Simmons Edeco reported that it has successfully completed another onshore drilling campaign for a major oilfield services company on the Panuco Field in Mexico.

In a written statement emailed to Rigzone, Simmons Edeco noted that it spud the first of three horizontal wells on Panuco in late November 2019. The onshore drilling and workover specialist stated that it efficiently drilled the wells to measured depths in the 2,920-foot (890-meter) range on relatively small lease sizes of approximately 197 to 230 feet (60 by 70 meters).

“Although the wells are in relatively flat, accessible terrain, the small lease size required the use of a drilling rig that can operate easily within a confined space,” the company explained.

Simmons Edeco stated that it used the MD Cowan Super Single Drilling Rig for the latest campaign, completing all three wells as planned in late January with just three hours of non-productive time. The firm noted the entire operation – from mobilization to demobilization – took 56 days to complete. It added that it used the rig last year to drill 13 deviated “S”-type wells in southern Mexico for the long-term customer, pointing out the wells will be integrated into a field-wide steam injection program.

Approximately 40 crewmembers – primarily from Mexico – carried out the latest Panuco drilling operation and received assistance from engineering staff and technicians based at Simmons Edeco’s base in Poza Rica de Hidalgo in Mexico’s Veracruz state, the company noted.

“This operation further underscores our ability to provide solutions for our customers,” commented Niels Versfeld, Simmons Edeco’s CEO. “We’re very excited about this because it provides concrete evidence of the fact that we can effectively drill a wide variety of wells to target depth, whether they are deviated or horizontal. The fact that it was achieved without a single reportable safety incident and minimal downtime is a tribute to the safety culture that we have worked hard to nurture with this customer over the years.”