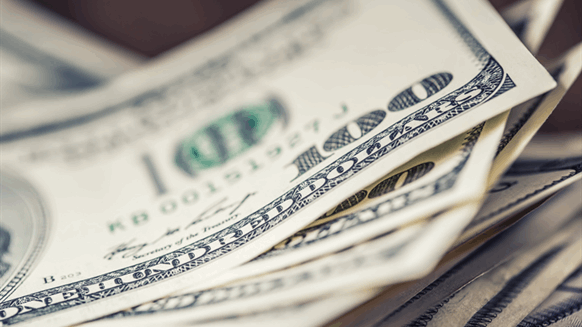 The oil price has been predicted to hit $100 per barrel in around 18 months.

“I actually believe that in, let’s say, 18 months from now the oil will hit $100,” Sawiris told CNBC via phone in the interview, which was published on CNBC’s website on May 6.

“The shale industry will vanish for at least one year … and the start-up is going to be difficult because banks are going to be very reluctant to finance them back because they know that they’re very vulnerable … even [in] traditional oil many of the U.S. facilities have closed down,” Sawiris added.

“The world is growing anyhow, even with this recession, so suddenly when the demand is still there and is coming … and they want oil, it will not be there because most of the people are shut down. So, the offering will be less than the need … and then the price will go back very high,” Sawiris continued.

Without giving exact figures, Rystad Energy told Rigzone on May 6 that Brent and WTI will strengthen “a bit” in 2021 from where it will average this year and then rise “quite a lot” in 2022.

“Demand will be back up, but supply will not be where it normally would due to the shut-downs and the lack of investments and drilling,” A Rystad spokesperson said.

Orascom Investment Holding is a holding company investing in industries that are “critical to shaping the future”, according to the company’s website. Sawiris, who is also the chairman of La Mancha Holding, a private natural resource investment vehicle of the Sawiris family group, has a net worth of $3 billion, as of May 7, according to Forbes.

Calvin Leger  |  May 18, 2020
Please GOD let it be so!!!
Daniel Trinca  |  May 14, 2020
Nobody knows for sure, but I am ready to bet that oil will never reach $100/barrel
Michael  |  May 12, 2020
I predict oil will be $140 per barrel in 21 months, worship me as a financial guru if it actually happens.
Michael Chiasson  |  May 10, 2020
Nonsense. The world is just too awash in oil. And there are too many producers needing more revenue. And all realize oil has a declining salability as electric cars come in. The producers won't be able to resist over-producing. And they won't want to bring out US production again.
Makrand Kulkarni  |  May 10, 2020
There should be some basic analysis for backing up this theory? 1) To start with-What will be the consumption rate... 2) How many have collapsed or stopped so what will be the expected production rate.... 3) How many new production lines and well are expected to come in 10 to 20 months?... I think also we need to calculate, 4) how much will be the diversification from traditional fuel use as many cars and vehicles are going to start using other means of power in next 20 months for sure... Then only rate can be calculated within some range. REGARDS
Russo Vladimir  |  May 10, 2020
You must be so greedy for the profit
Rick  |  May 09, 2020
I absolutey agree, 100 dollar oil will be here again. But it will only last for 4-6 months and will then begin it's predictable fall due to our knee jerk reaction based stock market. I'd look for 35 dollar oil about 9 months after it hits $100/bbl.
ABDOU  |  May 09, 2020
I guess so, the oil will hit the 100 $ + since all investments now are off, moreover, this is the only way to get China back to the line, oil @ 20 $ will let China be volatile....
Edsel Ortiz  |  May 09, 2020
Maybe, Mr. Sawiri is working with some experts in this pandemic and these experts made a forecast that the virus will be controlled after a year and a half.
Nizam Khalfan  |  May 09, 2020
Wishful thinking.
Rudolf Huber  |  May 08, 2020
Oil did not manage to even scratch USD 100 before COVID and now it shall bust the ceiling in 18 months. Some shale will be cut back but it's cosmetic. Because some of the shale players plan to go back at USD 30 and guess what, we are less than 10 USD below that. We will take another dip by the end of May when the June future unwinds - possibly even negative prices again. But during summer there will be more cutbacks. Because most OPEC+ producers don't make money below USD 30. They are all bleeding money and there will be shut ins. Shale will not be that inhibited. This is the cleanout of its history. The weak shale players get culled, the strong ones restructure. Evolution plays its game. But USD 100 - cant see that. If I am wrong, shale will go on hyperdrive.
Johann de Beer  |  May 08, 2020
The last 50 years proved over and over that the only thing certain in the oil industry, is that nothing is certain. Predictions make interesting reading, but its just fingers tapping on a keyboard.
Paul Johnson  |  May 07, 2020
How can this person say what the price of oil will be in 18 months? They can’t even predict what it will be next week!! Who believes this unsubstantiated waffle?