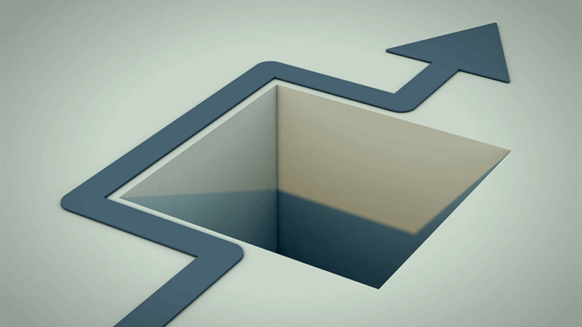 (Bloomberg) -- Oil tanker owners are avoiding sending their ships to the Middle East’s main refueling hub after a spate of attacks on vessels in the past two months ratcheted up tensions and highlighted the growing risks of operating in the region.

Strikes on tankers just outside the Persian Gulf in mid-June were the second in a month near the Strait of Hormuz, the chokepoint through which about a third of global seaborne oil moves. Now demand for ship fuel at Fujairah, the United Arab Emirates coastal shipping hub close to the Strait, has waned as some tankers stay away, traders involved in the regional market said.

“Only expect issues to get worse before they get better,” said Matt Stanley, a senior broker at Star Fuels in Dubai. Fujairah is seeing “a significant drop in demand owing to war-risk premiums” that are levied by ship insurers, he said.

The root cause of the slump -- whether ships are avoiding the Middle East altogether or just skipping Fujairah -- isn’t completely clear. But since the attacks in early May, insurance costs have soared and some owners turned wary of sending their carriers to the region. One of the largest, Frontline Ltd., even temporarily paused trading from the Persian Gulf.

Fujairah provides tankers with fuel, supplies and repairs as they ply the route from the Persian Gulf through the Strait of Hormuz to refineries the world over.

Local officials say that there’s been no slump in refueling from facilities at the port itself, but that only captures a fraction of the trade. Carriers are also supplied at anchorage areas -- where four tankers were attacked in early May -- and it’s there that brokers and traders are reporting the drop-off.

There is no public data for overall sales, but the brokers and traders say there’s been drop of about 15% since the May attacks, although their estimates vary sharply. One broker said bunker demand had declined more than 30% to as little at 500,000 tons a month.

Facts Global Energy estimates sales have slumped to about 650,000 tons a month, a drop of about 13% compared with the period before the incidents. Volumes reached as much as 1 million tons in 2016, but had been slipping since then.

Officials at the port and in the local government declined to comment on the volume of ship-fuel being traded offshore.

The amount of refined products transferred into and out of storage tanks at the port probably reached the highest level this year during June, said William List, director of operations at the Fujairah Oil Tank Terminal. That didn’t include data on offshore bunkering, he said.

Government economic adviser Salem Khalil said any decline in bunker volumes would likely be due to new environmental rules that will take effect next year. Fujairah expects demand at the port to increase in 2020, he said.

The attacks are just the latest challenge for Fujairah, which has developed in recent years into a trading center for crude oil and refined products, as well as fulfilling its traditional role as a refueling hub.

Iran, the region’s main producer of the high-sulfur fuel oil that most ships use today, is under pressure from U.S. sanctions that threaten buyers of the country’s oil with financial penalties. Demand for that type of fuel is also set to plummet next year when the United Nations’ International Maritime Organization will require ships either to burn cleaner fuel or scrub their emissions.

Ships won’t shun Fujairah entirely because there are few alternatives close by with the same range of services, the traders said. One possibility, though, is to go to Singapore for carriers that are making return trips from Asia. That can be advantageous for tanker owners anyway if they are considering sailing to West Africa to seek their next cargoes.