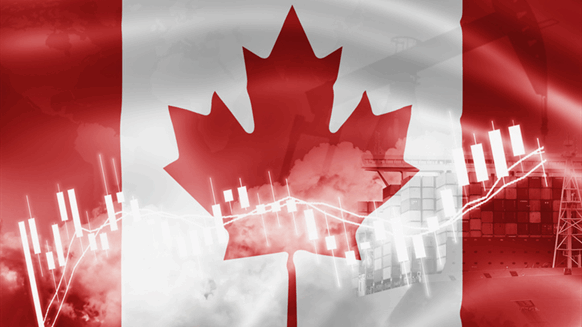 At least 20 percent of shut-in Canadian production is being restored.

(Bloomberg) -- At least 20% of shut-in Canadian production is being restored, just months after the price crash forced producers in Alberta’s oil sands to slash up to 1 million barrels a day of output.

Cenovus Energy Inc., Husky Energy Inc. and Baytex Energy Corp. are among companies that have resumed shut-in production as prices rise above $40 a barrel. Imperial Oil Ltd., operator of the Kearl oil sands mine and Cold Lake wells, also expects to return to full upstream production after most maintenance is wrapped up in the second quarter, Chief Executive Officer Brad Corson said. ARC Resources Ltd. on Tuesday said it had restored output.

“We’re seeing a strong price signal to bring production back,” Cenovus CEO Alex Pourbaix said on a TD Securities conference webcast. “Nobody should be surprised to see our production moving back to full production capacity. We are significantly cash-flow positive at the levels we’re at now.”

Long exposed to steep price discounts for crude that must travel thousands of miles amid limited pipeline access, oil-sands companies were quick to slash production when the pandemic obliterated energy demand. Alberta’s oil output fell by almost 25%, according to provincial estimates.

To contact the editors responsible for this story:
Jasmina Kelemen at jkelemen2@bloomberg.net
Catherine Traywick