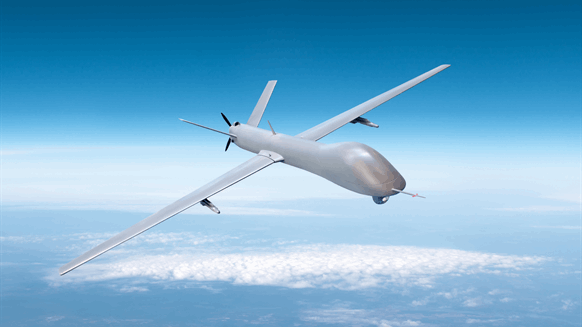 WTI and Brent crude oil futures surged Thursday following the downing of a U.S. Navy drone over the Strait of Hormuz.

As Bloomberg reported earlier Thursday, oil futures surged amid reports that Iran shot down a U.S. “spy drone” after the aircraft had reportedly invaded its airspace. The U.S. Central Command (CENTCOM) confirmed on its Twitter account that an Iranian surface-to-air missile system downed the Navy drone over the Strait of Hormuz. Moreover, a CENTCOM spokesman disputed the claim that the drone was flying over Iranian territory.

“This was an unprovoked attack on a U.S. surveillance asset in international airspace,” stated Navy Capt. Bill Urban.

President Trump on Twitter called Iran’s downing of the drone “a very big mistake,” prompting speculation about what action the United States might take to retaliate – and escalate tensions in the already restive region.

“Trump has … muddled his response to the Iranian situation, first tweeting that shooting the drone down was a ‘big mistake,’ then backtracking in comments to reporters that it was probably the actions of a ‘stupid’ individual general,” explained Krishnan in an analysis emailed to Rigzone.

Krishnan remarked that Trump appears to be “bending over backwards” in an effort not to exacerbate geopolitical tensions that could prompt oil prices to jump, say, five or six percent.

“With his reelection bid in, low oil and gas prices at the pump seem to be Trump’s primary concern,” said Krishnan. “That’s why he’s even suggested being open to making peace with Tehran, despite the continued noises against Iran by some in his administration.”

Amid the uncertainty surrounding Iran, a weekly report distributed Thursday by Orbital Insight reveals that global oil inventories continue to go up.

“Different week, same story,” stated Mario de la Ossa, energy specialist with Orbital Insight. “Most notable is the build in OECD as Russia Druzhba pipeline contamination issues appear to be behind us.”

Inventories at a major hub in the Netherlands also appear to be increasing, de la Ossa said.

“We have observed notable gains in Rotterdam stocks,” he said. “The overall year-on-year deficit is widening fueled by the fact that we were seeing draws at this time last year.”