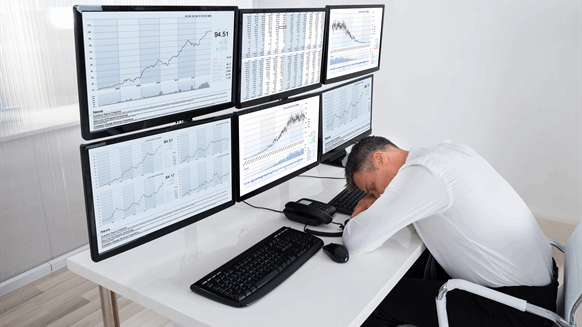 “Oil prices have been range-bound and largely boring due to the upcoming OPEC meeting and mediocre, but not bad, economic outlook,” said Campbell Faulkner, senior vice president and chief data analyst at the interdealer commodities broker OTC Global Holdings. “Coupled with continuing ‘will they or won’t they’ uncertainty between the U.S. and China, EU – really any trading partner, volatility in the market has been driven out barring an extreme geopolitical event.”

The market has “become somewhat more of a financial index as compared to a hard deliverable futures market of the past,” Faulkner explained. “That has caused the prices of Brent and WTI to act somewhat like stores of value in addition to being commodity futures.”

“Oil prices earlier continued to rally from yesterday on the back of growing expectations of much lower U.S. production growth in 2020, with OPEC in particular acknowledging this,” continued Kapadia. “Also, Saudi production appears to be increasing back to or even higher than pre-attack levels (before Sept. 14, 2019) and the country is under the spotlight with the recent launched initial public offering of Saudi Aramco.”