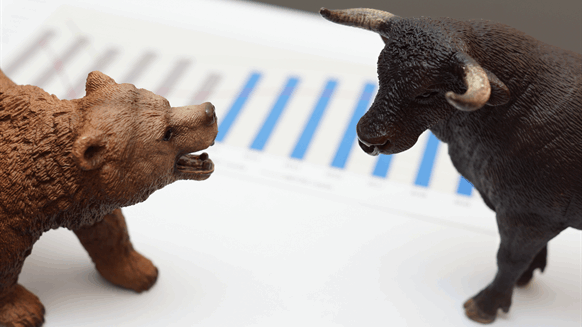 “In last week’s commentary for Rigzone, we had stated, ‘We remain bullish crude oil and want to stick with our strategy of buying pullbacks around our listed support levels and buying additional breakouts to the upside,’” Jerry Rafferty, president and CEO of Rockville Center, N.Y.-based Rafferty Commodities Group, Inc., said Wednesday. “Until the market closes below our major support levels, we will remain bullish.”

As this WTI price chart provided by Rafferty’s firm shows, the WTI has over the past week retreated toward the firm’s top listed support level.

“Prices have pulled back to the 7300 support area from where the market originally broke out to the upside,” Rafferty explained. “Since then, prices have traded back and forth within a triangle pattern and we look for a conclusion of the patter with a breakout to the upside. We look to buy November futures around the 7300 area risking a close below 7300. A break of 7300 on a closing basis could send prices down to the more major support at the 7200 level.”

The benchmarks that Rigzone tracks were not all bearish, however. November Henry Hub natural gas futures gained nearly two cents to settle at $3.284. Recalling that he noted in his previously weekly report to Rigzone that a rally for November natural gas “is now approaching the first major resistance seen on the weekly chart at $3.239,” Rafferty said that potential profit-taking could be on the horizon.

“Since that time, the market penetrated and closed above that level and tested the next major resistance at $3.348 yesterday, which is a level that we had mentioned in last week’s comments,” Rafferty recalled. “Prices failed to close above the $3.348 resistance level yesterday and again have tested resistance today before prices retreated. The resistance level is a potential area to take profits on long positions, and as we mentioned last week, ‘a potential area to sell short’ with a risk of a close above the $3.348 resistance.”

Rafferty added that a close above $3.348 “could see the potential of a move to the next major resistance at $3.692.” This chart provided by Rafferty’s firm shows the various resistance levels in the context of recent Henry Hub natural gas settlements.