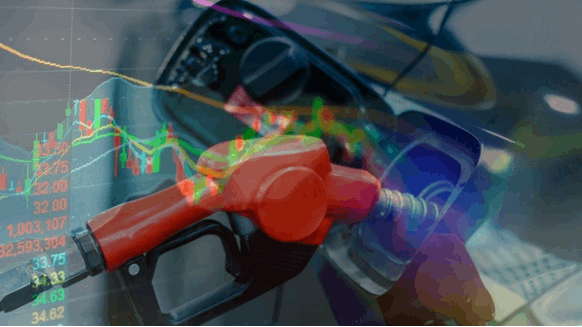 Oil prices have been approaching – and in some cases topping – the $40-mark recently, but could the recent uptick not sufficiently reflect demand trends?

Oil prices have been approaching – and in some cases topping – the $40-mark recently, but could the recent uptick not sufficiently reflect demand trends? One of Rigzone’s regular market prognosticators thinks so. Keep reading to find out why, along with other perspectives on oil market developments from the past week.

Barani Krishnan, Senior Commodities Analyst at Investing.com: Not many expected the eight-percent plunge in crude prices last week, and that was a way-overdue correction for a West Texas Intermediate (WTI) market that had insanely risen 300 percent from the lows of April – all on the signs of shut-in production, without as much demand to show. But, of course, some traders will never learn and this week, despite global signs of a second coronavirus wave, both WTI and Brent have recouped almost all they lost a week ago. While demand signals are certainly better now, this is still a market that deserves to trade at $30 a barrel – not closer to $40.

Tom Curran, Senior Energy Services and Equipment Analyst in Equity Research, B. Riley FBR, Inc.: The step down that’s happened in the long-term price range for Brent oil started to meaningfully impact the world’s deepwater drilling activity. For May, the global contracted floating rig count came in at just 142, down 19 units or 12 percent from March’s 161. Although that March level was the highest seen in four years, it was still a mere 38 rigs or 31 percent up from where the count bottomed in the 2014-17 offshore downcycle, at 123. On Monday, BP lowered its average Brent futures price forecast for 2021-to-2050 from $70 to $55.

Tom Seng, Director – School of Energy Economics, Policy and Commerce, University of Tulsa’s Collins College of Business: Higher compliance by the OPEC+ group and improving global fuel demand has pushed WTI back up to the “magic” $40 level this week. The cartel’s Joint Ministerial Monitoring Committee reported 87-percent compliance yesterday and demanded that those not in compliance, such as Iraq and Kazakhstan, provide make-up cuts. OPEC also kept its oil demand forecast for 2020 at a reduction of about 9 million barrels per day (bpd). Meanwhile, the International Energy Agency is forecasting a 2020 drop in demand by only 8 million bpd but an increase of 5.7 million bpd in demand for 2021. Oil’s increase comes in spite of the ups-and-downs in the financial markets this week where traders are weighing the impact of a possible resurgence of COVID-19.

Seng: This week’s U.S. Energy Information Administration “Weekly Petroleum Status Report” indicated a bearish inventory increase of 1.2 million barrels for last week vs. analysts’ forecasts for a build of 900,000 barrels, leading to a record-high inventory level of 539 million barrels. However, both motor gasoline (-1.7 million barrels) and distillates (-1.4 million barrels) inventories decline giving the market a bullish boost by indicating that fuel demand is on the rise. And, the U.S. government continues to purchase oil as Strategic Petroleum Reserve volumes increased by 1.7 million barrels. The key oil storage hub at Cushing, Okla., again had a significant draw-down at 2.6 million barrels. Refinery utilization is slowly creeping upward and now stands at 74 percent of capacity – a low level for summer. U.S. oil production decreased by 600,000 bpd to 10.5 million bpd.

Curran: Primary Vision’s weekly measure of U.S. frack activity showed another sequential increase whose size positively surprised many and, when considered along with the prior few weeks’ readings, suggested the market has pivoted from bottoming to recovering. Last Friday’s count came in at 69, up 11 units of 19 percent from the prior week’s 58 – and 24, or 53 percent, above the apparent trough of 45, set on May 15, 2020. At a Wall Street conference this week, Schlumberger CEO Olivier Le Peuch said, “Looking to the second half of the year … in North America, the conditions are set for a temporary – albeit modest – activity increase in DUC (drilled by uncompleted well) completions.”

Krishnan: The fact that oil prices can rise seven percent week-to-date (as of Thursday afternoon), despite all signs of a new viral outbreak staring in our faces. The argument by oil bulls, of course, will be that economic reopenings are still going on despite the resurgence in new COVID-19 cases. Yet, it must be noted that it’s not infections per se that are rising, but also hospitalizations and deaths. Coronavirus hospitalizations in Arizona have doubled since Memorial Day, with public data showing inpatient beds across the state at 85 percent capacity. Florida announced 43 new deaths, and its rolling case average hit a new high for the 11th straight day. And in China, the new outbreak of COVID-19 in Beijing prompted authorities to raise their official emergency response back to Level II on Tuesday night as they raced to stem what one called an “extremely severe” situation. The adjustment to the Chinese capital’s response level came just 10 days after a downgrade to Level III. If these aren’t a cause for worry about oil demand, I wonder what is.

Rudolf Huber  |  June 22, 2020
Oil prices have not reflected real demand signals for many, many years now. We are living in a world where traders take their cues from the equivalent of chicken bones and coffee grounds rather than from analyzing the real world. In a healthy economy, the financial world is a thin layer on top of it. Today, the financial economy is a world to itself that does not need its grounding in the real world. It will all end in tears but until it does, traders will take their chicken bones.
Eustice  |  June 22, 2020
I am not sure just exactly where the crude price is being driven to by demand. Neither do my esteemed colleagues, I wager. The globalists and their hired banksters took the crude futures into the negatives, all by market manipulations and found they couldn't crush the American oilmen. The communists back off and crude soared. Is $40 a legitimate price currently or is it $30? I believe we will all find out soon. Meanwhile, if you know where the communists that caused all of this gather, let them know you do not appreciate them messing with our crude markets.