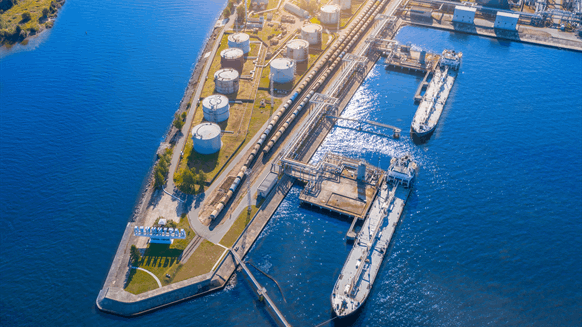 “Crude and its related complex has totally eased into a cycle of complacency due to both Iranian and U.S. interests moving slowing away from hot conflict,” commented Campbell Faulkner, senior vice president and chief data analyst with the interdealer commodities broker OTC Global Holdings.

Faulkner also stated that pricing within the oil market has become more decentralized.

“Additional price stability from North American shale production has turned the former OPEC and Texas Railroad Commission price-setting on its head,” he said. “No longer is a single entity able to function as a cartel enforcer/price-setter as oil hegemony is now becoming fully disaggregated, reducing the power of national oil companies and OPEC-aligned interests.”

Tom McNulty, Houston-based managing director with Great American Group, remarked that that the global oil market is well-supplied with crude.

“Brent and WTI have traded down again today,” McNulty said. “Is the world safer now? Probably not. But the North American oil complex is producing more and exporting more, and stockpiles of crude in Asia are growing. No supply disruptions are to be found.”

Reformulated gasoline (RBOB) was largely flat Monday. February RBOB shed well under one cent to end the day at $1.66 per gallon.