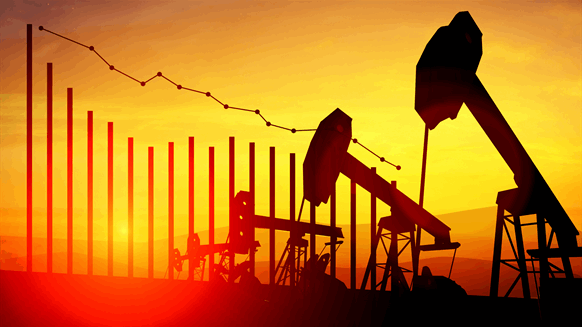 “It was a bad week for both grades of crude and natural gas as supply/demand fundamentals, along with concerns over a possible global pandemic, overtook any positive news and … February’s downtrend in oil continued into March during a holiday-shortened trading week in the U.S.,” said Tom Seng, Assistant Professor of Energy Business at the University of Tulsa’s Collins College of Business.

Seng added that much mystery still surrounds the pros and cons of another factor that has influenced oil price movements recently: Phase 1 of a newly signed trade agreement between the United States and China.

“That uncertainty, coupled with concerns over the spreading of the coronavirus which initiated in China, hurt global economic markets,” he said. “The Dow, S&P and NASDAQ are all down on the week coming off their historical highs from last week.”

Noting that the 2003 SARS virus outbreak affected global travel and dampened demand for jet fuel and other transportation-related energy sources, Seng explained that fear of a similar coronavirus-related scenario has hurt crude oil and its distillates. He also pointed out that prices are plummeting despite reports that Libya’s oil output is at its lowest level since 2011 after rebel forces shut down the country’s largest oil field and stopped the flow of oil from a major pipeline.