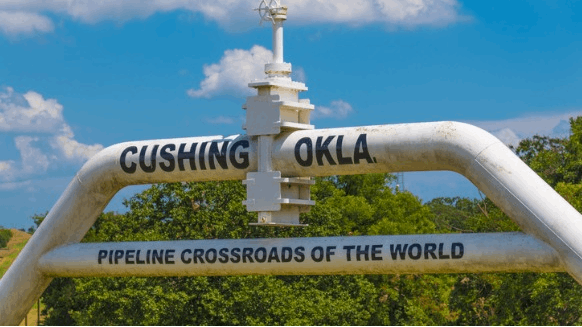 “January WTI has moved up over the last week into a slightly higher congestion range that it appears to be mired in for the last several days,” said Steve Blair, senior account executive with the RCG Division of Marex Spectron, referring to a daily WTI pricing chart. “Minor support seen around the $58.72 level but major support seen at $57.8, $57.40 and then at $56.85. Resistance seen around $60.05 and then at the $60.25 level.”

Like crude oil, reformulated gasoline (RBOB) finished lower Wednesday. January RBOB lost nearly three cents to settle at $1.63 per gallon. However, he noted that inventories in Petroleum Administration for Defense District (PADD) 2 – the Midwest – dropped by 4.6 million barrels with stocks at the Cushing, Okla., storage hub down 3.4 million barrels.

Blair also observed that petroleum markets “had an immediate and substantive downside reaction” with WTI and Brent each losing approximately $1 during the quarter-hour following EIA’s release of the inventory report.

“Markets rebounded after traders digested the report as a whole, but prices never fully recovered back to levels seen prior the release,” he said.

Citing the daily chart for January RBOB, Blair observed that gasoline “continues to be under more pressure than its refined product sister” heating oil.

“Gasoline prices, however, have seen a very substantial range since October from around the $1.5600 level to as high as $1.6990,” said Blair. “Current price seen right in the middle of that range and floundering a bit.”