Oil Price War Could Be on the Horizon 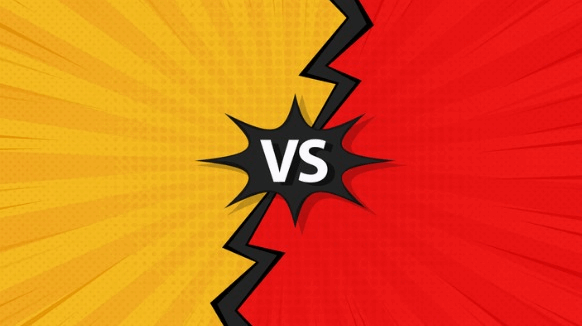 Rigzone panelists offer their insights on the top oil market hits and misses for the week ending July 3, 2020.

Non-compliance by some OPEC members has raised the specter of an oil price war, one of Rigzone’s regular market-watchers observed Friday. Read on to learn more about the potential price competition for greater market share, along with other insights, in this review of oil market hits and misses from the past week.

Tom Seng, Director – School of Energy Economics, Policy and Commerce, University of Tulsa’s Collins College of Business: Nigeria continues to export more than what their OPEC curtailment level is supposed to be, as reported by tanker-watchers. Saudi Arabia is in talks with the country to get them to agree to get in line and make up for the non-compliance so far. The Saudis have even threatened a price war if Nigeria and others, such Angola and Iraq, continue to fail to comply with the cartel’s agreed-upon curtailments. West Texas Intermediate managed to close out the week above $40, the highest level since early March.

Tom Curran, Senior Energy Services and Equipment Analyst in Equity Research, B. Riley FBR, Inc.: We conducted a call with Jon Donnel, Managing Director, Oilfield Services, at Great American Group on U.S. onshore oilfield services (OFS) capacity issues that reaffirmed that we suspected the landscape remains oversupplied and overcrowded. And those excesses are not cyclical, but structural. Great American Group is a B. Riley Financial subsidiary that provides appraisals, corporate advisory and valuation services and asset disposition assistance. Drawing upon the experience of the firm’s oilfield practice (GA OFS), Jon shared insights into key U.S. onshore supply-side themes. Among the salient points, we highlight:

Curran: Since June 1, operators in certain dry shale gas areas have been restarting idled compression units, some of which had been placed on standby status. That was a takeaway we gleaned from a virtual fireside chat we had with management at Archrock. The question is whether this data point marks the start of a trend that will see compression demand respond much faster in this cycle’s recovery, just like it did in its downturn. Historically, from the initial rollover in activity, it’s taken about six to nine months for customers to start returning compression units. This time, they began to release them with 60 to 90 days. The dramatically shortened lag is chiefly due to this cycle’s extraordinarily rare, if not unprecedented, systemic downturn in, essentially, everything. Operators concurrently slashed drilling and completion capex and, however reluctantly, shut-in producing wells, cutting the associated opex, including spending on compression rentals.

This week’s EIA Weekly Petroleum Status Report showed a decidedly bullish inventory decrease of 7.2 million barrels for last week vs. analysts’ forecasts for a decline of a mere 100,000 barrels. It was the first decline in several weeks and has brought the level down from its record high of about 540 million barrels. The American Petroleum Institute (API) on Tuesday did report a large, 8.2 million-barrel decrease – closer in-line with the government’s report. However, total motor gasoline stocks increased by 1.2 million barrels while distillates fell 600,000 barrels. And, although it increased, refinery utilization at 75.5 percent is still low for what would normally be the case during the summer driving season. Inventory at the key oil storage hub at Cushing, Okla., declined for the eighth straight time last week, and total inventory now stands at 46 million barrels. U.S. oil production last week held at 11 million bpd.

The U.S. oil rig count is now at its lowest point since June 2012 and is 603 lower than year-ago levels.

Natural gas inventories increased last week by 65 billion cubic feet (Bcf), the actual five-year average for this time of year. Analysts had forecasted a build of 79 Bcf but total gas stored still remains at 18 percent above the five-year average and 30 percent over last year’s level at this time.

Barani Krishnan, Senior Commodities Analyst at Investing.com: Another week and we have another surprisingly large draw in U.S. crude reported by the EIA. But there’s more to be told on this, more that we’ll only know in the next week or two. The 7.2 million-barrel crude drawdown for the week ended June 26 is roughly 10 times more than forecast by analysis. Yet, we’re not sure if this is an outsized event ahead of the driving anticipated for the 4th of July holiday this weekend. It could well be that refiner demand for crude has gone off the scales in anticipation of this event.

If so, we’ll need to see at least another week or two of EIA numbers to ascertain if there’s really such a sustained turnaround in demand for crude. This is extremely crucial given that the reopening stats from coronavirus lockdowns could spin a different narrative. According to the EIA, total products supplied over the last four-week period averaged 16.2 million barrels a day, or 20 percent lower from the same period last year. On paper, that looks fundamentally good for oil bulls. But the speed at which the second wave of the COVID-19 is enveloping suggests that more economic curbs are on the way, and that could slow the uptake of fuel products – adding to their inventory.