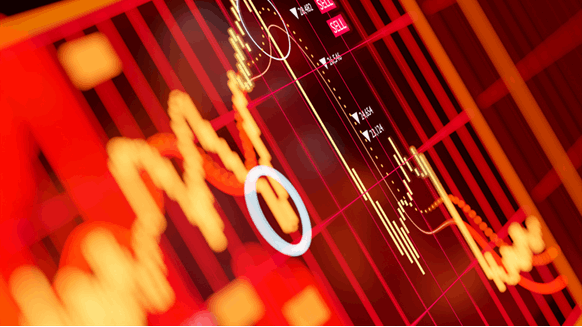 From a fundamental basis, the oil price adjustment was overdue.

From a fundamental basis, the oil price adjustment was overdue.

That’s according to oil and gas analysts at Standard Chartered, who expressed the view in a new report sent to Rigzone this week.

The analysts highlighted that the correction started on August 31, when front-month Brent reached a five-month high of $46.53 per barrel intra-day. This figure then slid over $5 per barrel at the intra-day low on September 7, the analysts outlined, adding that there was further weakness in early trading on September 8.

“The oil market has made its first sustained downwards correction since prices reached their nadir in April,” the analysts stated in the report.

“Balances have not yet justified Brent prices above $40 per barrel in our view and forecasts of huge third quarter global supply deficits have not materialized. Our balances show a small 363,000 barrels per day (bpd) surplus in July moving into deficits of 529,000 bpd in August and 1.033 million barrels per day in September,” the analysts added.

“We see little in recent data flow or market differentials to suggest huge stock draws and we think prices are starting to reflect a slower path to normalization,” the analysts continued.

In the report, the analysts mentioned that the oil market had been “extremely quiet” in recent months, highlighting that there had been a tight range of settlements in July, a move up in the trading range of about $2 per barrel in early August and then another month of tightly clustered settlements before the price drop.

The Market is Fragile

In a separate statement sent to Rigzone on Wednesday, Rystad Energy’s senior oil markets analyst, Paola Rodriguez-Masiu, said the persistence of Covid-19 infections globally, and in key oil-consuming markets in particular, has been asking for a price squeeze for some time.

“The market really worries and has been worrying about stalling demand, and bearish news keep emerging,” Rodriguez-Masiu said in the statement.

“The market is fragile and if traders have been enjoying a summer utopia, they finally woke up to the reality of the oil demand recovery’s prospects,” the Rystad Energy representative added.

Rodriguez-Masiu noted that Rystad Energy’s liquids balances now point to a “just-balanced” market that could very quickly tip over if OPEC+ members start to reduce compliance, or if fears of a worsening demand outlook become a reality.

“In addition, our current balances outlook shows that the market will fall short of the titanic task of eliminating the surplus that was accumulated during the first half of the year,” Rodriguez-Masiu stated.

“As a result, inventories are expected to remain at high levels for longer, pressuring prices well into 2021,” Rodriguez-Masiu added.

The Rystad Energy oil analyst also warned that it may take a while to see the return of $45 per barrel levels that oil prices had been enjoying recently.

As of September 9, 3:36pm CEST, there have been 27.4 million confirmed cases of Covid-19 globally, with 894,983 deaths, according to the latest figures from the World Health Organization (WHO).