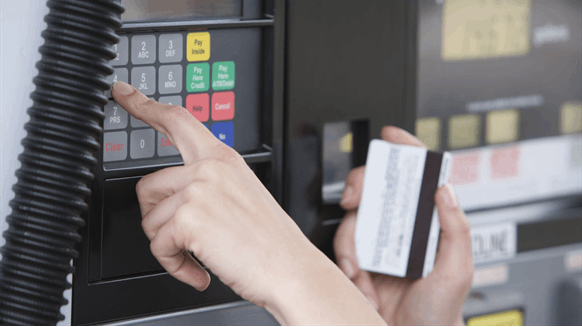 Rigzone panelists offer their top oil market hits and misses for the week ending May 8, 2020.

A gauge of the oil market indicates that demand is rebounding but the comeback should be gradual, according to one market-watcher. Keep reading to learn more about this indicator and additional insights about this oil market from Rigzone panelists in the following review of the past week’s market developments.

Jamie Webster, Senior Director, Boston Consulting Group Center for Energy Impact: Demand is clearly coming back, with multiple indicators showing positive signals as economies begin to open up. Boston Consulting Group’s Shutdown oil demand index, a measure of shutdown policies on oil demand, has dropped to 538, indicating demand is down just less than 20 million barrels per day (bpd), from the high point on the index of 789 in mid-April. But the recovery will likely be slow. It took nearly three years for global oil demand to recover from the Great Recession. U.S. oil demand did not recover until 2015, when low prices, combined with a strong economy, boosted oil demand. The lagging indicator will be jet fuel as business travelers are slow to return to the air and lower economic activity and COVID-19 concerns will cause vacation travelers to prefer driving vacations over those that require air travel.

Barani Krishnan, Senior Commodities Analyst at Investing.com: The market expected June WTI to continue grinding into the lower teens and possibly reach single-digits, in similar fashion to its late predecessor the ill-fated May contract. Yet, the new front-month did nothing of the sort. In fact, it did a 180-degree turn since last week’s $12 low and hasn’t looked back since and is now comfily above $25 – or more than 100 percent above that bottom. That’s a major win for those who continued to believe in oil despite the violent death of the May contract.

Tom Curran, Senior Energy Services and Equipment Analyst in Equity Research, B. Riley FBR, Inc.: As anticipated, oil and gas sell-side analysts continued to gut 2020 and 2021 earnings estimates as, from one company report-and-call to the next, management teams retracted or negatively revised guidance, slashed capex budgets and expounded upon workforce and cost reduction actions.

Tom Seng, Assistant Professor of Energy Business at University of Tulsa’s Collins College of Business: The Saudis have not only cut production from 12 million bpd to 10 million bpd, but also raised their price offerings. The (U.S. Energy Information Administration) Weekly Petroleum Status Report showed a less-than-forecasted build in commercial crude oil inventory of 4.6 million barrels, but another increase nonetheless. Inventories, at 532 million barrels, are now 12 percent above the five-year average for this time of year and approaching the record high of 534 million barrels set back in March 2017 – a month after oil prices hit the $26 mark. Inventory at the Cushing, Okla., hub has risen to about 85 percent of capacity there. The key storage hub could be full by the end of this month at current rates of fill. Refinery utilization also rose and gasoline demand increased as states begin to reopen. But, oil production is 11.1 million bpd and imports are 5.7 million bpd while refinery inputs are only 13 million bpd. Something has to give there.

Curran: There were two for the U.S. LTO (light tight oil) complex: one occurred on the NYMEX and the other involves the Nasdaq. Despite an ongoing glut of crude, with all manner of storage, shut-in and other oversupply indicators setting new bearish records, the front-month WTI contract (June) rose higher, surging another 25 percent for the week ending May 7, 2020. Turning from the commodity to equities, on May 3, 2020, KLX Energy Services and Quintana Energy Services announced an agreement to merge via an all-stock transaction, thereby creating a combined entity that will have significant shares of the U.S. coiled tubing, wireline and directional drilling service markets. The merger itself wasn’t necessarily unexpected, so much as its timing. We and others have identified and fully expect broad, diverse consolidation as an essential part of the remedy for healing an overcrowded, overcapitalized and overbuilt industry. But it was surprising to see that a deal was able to get done under the chaotic and restrictive conditions of the past few weeks.

Krishnan: We aren’t out of the woods yet. The Saudis may have raised the official selling price of their crude to send a signal to the broader markets that this is how they want the rebound to go. But we still need to see the latest output numbers of OPEC, and particularly Russia, to be sure of their global compliance to cuts. And while the super-contango on both WTI and Brent has shrunk remarkably, there are still millions of barrels of oil floating on the seas – with Hess itself hiring three very large crude carriers to store North Dakota Bakken crude from May to June.

Seng: Natural gas prices have been buoyed by the perception that oil well shut-ins will reduce the associated natural gas production. However, oil production has not been reduced substantially and natural gas production is still about 2.5 billion cubic feet per day versus year-ago levels while demand has plummeted. A triple-digit natural gas injection last week caught some traders off-guard as we now stand at 20 percent over the five-year average for this time of year. Prices have softened as a result.

Webster: The U.S. rig count and shale production are showing rapid drops. Given the still-unbalanced market, it was surprising to still hear some small shale producers claim that a $30 per barrel oil price would be viewed as a go signal. This is unlikely – but if a slightly higher price boosts activity at the margin, we could easily see another price swoon.