Oil May Have Risen Too Far Too Fast 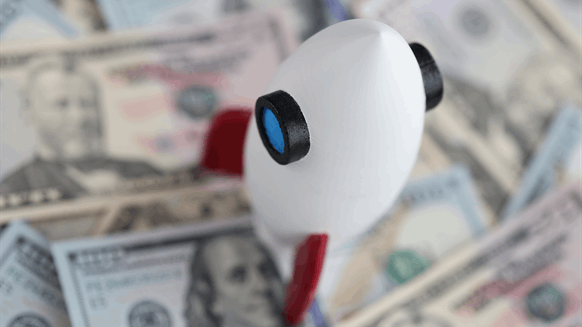 Crude prices may have risen too far, too fast this week, according to one market watcher.

This week, one of Rigzone’s regular market watchers takes a look at oil price moves, the latest OPEC+ decision, crude inventories and more. Read on for more detail.

Tom Seng, Director – School of Energy Economics, Policy and Commerce, University of Tulsa’s Collins College of Business: Crude prices advanced for four straight days this week as all eyes were on this week’s meeting of the OPEC+ group. Speculation became reality as the consortium did resolve to lower its total output by 2.0 million barrels per day. WTI jumped towards the $90 per barrel mark while Brent rose to just shy of $95. In the past few months, oil prices have slipped due to concerns about possible global recession that would hurt demand. Additionally, interest rate hike decisions by the US Federal Reserve have strengthened the US Dollar, causing foreign investors to retreat. The proposed cut is the largest made by the coalition since the demand destruction caused by the pandemic. The group is evidently targeting $90 per barrel as a floor to support the 2023 fiscal year budgets for several of its member countries. Market observers are leery that the actual reduction in output will equate to 2.0 million barrels per day since it’s been widely known that the group has been under producing for several months, now. Additionally, the key weekly inventory report showed across-the-board declines, adding  more support to the rally.

Despite the plan to reduce output, Saudi Arabia has lowered the price of oil it sells to Europe while increasing the price to the US, which imports about 500,000 barrels per day from the Kingdom. Gasoline prices have been increasing for the past 14 days due to tight supplies. The national average at the pump has risen back up to $3.87 per gallon. All three major stock indexes attempted a rally this week but fell back when it became apparent that the Fed won't be taking a break in interest rate hikes. The Dow pierced the critical 30,000 mark. The US Dollar continues to be strong but has not hurt oil prices this week.

Natural gas marched upward and exceeded the $7.00/MMBtu mark this week only to fall-off later on a bearish storage report and forecasts for lower temperatures. The EIA Weekly Natural Gas Storage Report showed an injection of 129 Bcf last week vs forecasts calling for +114 Bcf, last year’s +86 Bcf and a five-year average of +87 Bcf. Total gas in storage now stands at 3.1 Bcf, -5 percent vs last year and -8 percent vs the 5-year average. Some of the higher volume injected was attributed to the loss of power generation in Florida caused by Hurricane Ian. Cheniere LNG broke ground on the third phase of their Corpus Christi facility this week with expected completion in 2025.

Seng: The near $8.00 per barrel increase in WTI prices this week for November futures contracts was somewhat surprising since the actual cuts won’t be known for some time. Given the OPEC+ groups history of non-compliance, we may not see near the reduction in output announced.

Seng: Crude prices may have risen ‘too far, too fast’ this week and we may see some profit-taking selling next week. Prices are now above all three of their short-term moving averages.