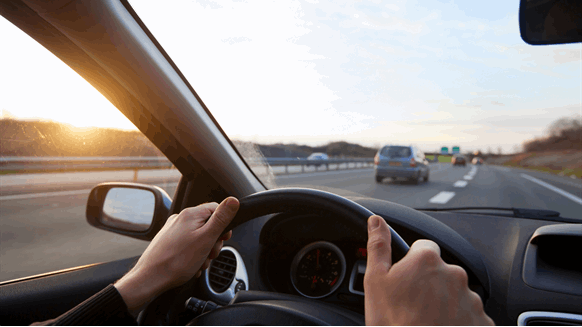 Find out Rigzone panelists' picks for the top oil market hits and misses for the week ending May 1, 2020.

Within the past week some positive developments have emerged in the oil market, according to a panel of informed market-watchers assembled by Rigzone. Although a formidable set of negatives – notably excess supply and a dearth of demand – remains all too evident, our panelists observed some signs of improvement in areas such as storage and refining. In fact, one individual queried by Rigzone even wonders whether the market could be at or near the demand low point, suggesting that recovery could be on the horizon.

Read on to review the panelists’ insights on the past week’s events in the oil market.

Tom Seng, Assistant Professor of Energy Business at University of Tulsa’s Collins College of Business: The (Energy Information Administration’s) Weekly Petroleum Status Report showed a less-than-forecasted build in commercial crude inventory of 9 million barrels – but another increase nonetheless. Inventories are now at the very upper-end of the five-year average for this time of year. Inventory at the Cushing, Okla., hub has risen to about 80 percent of capacity there. The key storage hub could be full by mid-May. Refinery utilization also rose and gasoline demand increased, both a surprise in the current low-demand environment. Refinery inputs averaged 12.8 million barrels per day (bpd), a level not seen since 2008, while production fell to 12.1 million bpd – near last year’s levels. The differential between demand and U.S. production was only 700,000 bpd, essentially making any imports unnecessary.

Tom McNulty, Houston-based Principal and Energy Practice leader with Valuescope, Inc.: WTI and Brent have traded up as supply cuts started to be visible in the market.

Steve Blair, Senior Account Executive, RCG Division of Marex Spectron: The big surprise of the week came at around 2:25 p.m. New York time when spot month WTI futures rallied over $2 and spot month Brent futures rallied around $1.75, in a five-minute span, after a Reuters headline came out saying “Special Report – Trump told Saudis: Cut oil supply or lose U.S. military support – sources.” However, the actual story itself indicated that this was not “new” news and was actually a story indicating the talks between the President and the Saudi crown prince in early April prior to the production cut agreement between the OPEC+ producers. Regardless, traders saw the headline and presumed it was new news and the markets reacted accordingly to what they saw as new, and serious, market input.

In other surprises this week, the weekly American Petroleum Institute report showed a smaller-than-expected crude stock build and then the next day the U.S. Department of Energy showed an even smaller build in crude stocks, along with the smallest build at Cushing (3.7 million barrels) seen in the last four weeks. Additionally, crude exports continued high at 3.303 million bpd. Gasoline stocks were also a surprise with a 3.6-million-barrel drawdown, even though refinery run rates – expected to continue moving lower, showed a two-percent increase. Gasoline demand also continued to move higher with a 549,000-bpd increase on the week. All of these factors contributed to the positive undertone in the price structures.

Goldstein: The June WTI contract trading back above $20 on May 1 is somewhat surprising, even as demand has slightly increased with a few states starting to re-open the economy. As more businesses re-open throughout the country and more people slowly start traveling, we would expect prices to rise. In a “normal” economy that would be the case, but there are too many factors currently influencing the low prices of crude oil.

McNulty: I was a bit surprised by how quickly the forward WTI curve regained a healthy shape, where May 2021 is now close to $32. This is an indication to me that the oil market will heal fairly quickly, and we are at or near the demand bottom.

Mark Le Dain, vice president of strategy with the oil and gas data firm Validere: The market was surprised, positively, with how slowly crude storage has filled compared to extreme expectations. In reality there is a lot of friction to filling storage, where entities have existing tankage space already leased, transport needs to be arranged and the available volumes may not be able to access what’s viewed as empty space due to logistics.

Seng: WTI prices breached the $10-mark on Tuesday but managed to rebound on optimism that a coronavirus vaccine could be developed in the next few months, which could restore public confidence in returning to work and “normal” activities. Shell cut its dividend for the first time since World War II, and most exploration and production companies are scaling back CAPEX for 2020 anywhere from 20 to 50 percent. Small operators are shutting-in wells in key basins at these current price levels. Natural gas prices are strengthening on the market perception of reduced production resulting from oil well shut-ins. However, the gas associated with oil production is only about 12 percent of the total and there are no signs of increasing demand presently.