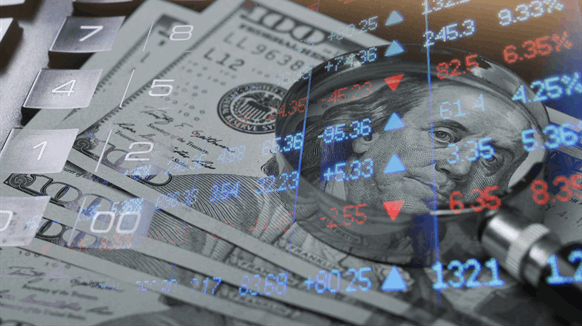 At current levels, the oil market is oversold.

At current levels, the oil market is oversold.

That’s what Amrita Sen, co-founder of Energy Aspects, indicated in a television interview with CNBC on Monday.

“When the [U.S.] waivers were given we thought prices would correct, but let’s say from $85 [per barrel] go down to $75, maybe $70. And yes, with a little bit of a demand wobble even $65 I could see that, but anything below that has definitely been algorithms,” Sen stated in the interview.

“At current levels, based on current fundamentals, the market is oversold but it doesn’t mean that it’s going to correct straight away … it can still take some time,” Sen added.

Back in November, Tamar Essner, energy director at Nasdaq IR Intelligence, indicated in a television interview with Bloomberg that the market was overreacting.

“Oil markets tend to easily overshoot to both the upside and to the downside,” Essner told Bloomberg in the interview on November 14.

“I think that there are a lot of traders in the market that are algorithmically oriented and they’re linked to factors that are agnostic to the fundamentals of oil,” Essner added.

“They’re linked to the currency market, the stock market and a lot of things that make this a psychological reaction prompted more so than the abundance of physical supplies,” Essner continued.

Essner has more than eight years of experience in advising a wide range of publicly traded oil and gas companies in the upstream, downstream and midstream sectors on capital markets activity and investor relations programs, according to the Nasdaq website.

Tim Williams  |  January 12, 2019
I think the fluctuation in the market is politically driven, anytime the government has involvement things become extremely uncertain in the market, as the analysts predicted that the oil price would be $100 barrel at the end of 2018. Realistically no one knows what the market will do, one thing the drilling contractor are still in the survival mode with the day rate at breakeven. Furthermore some of the drilling contractor are working there rig at a lost just to keep the rigs activated. Tim Williams
Ian Joel  |  January 12, 2019
I have to agree with "Grant" below, as far as I can see there are quite a few people using a lot of big words that I'm sure that they, much less the layman, don't know the meaning of, bullsh*t baffles brains at any time
LG  |  January 08, 2019
I think we should go back to old boy way of drilling using churn drilling before rotary to the six generations cyber base with DP 3 at this oil market price.
Ross  |  January 08, 2019
I should’ve shorted the market at 65. My gut told me it was going down but what it cost America to produce a barrel I bet it wouldn’t go to 40. At 40 our companies are at break even. Nevertheless we’ll see from here. My guess we get a bump and another sell off. I’m not sold on algorithms.
Grant  |  January 07, 2019
I think each and every one of these analysts dont have a clue as to what they are talking about. BS news drives the price up and down. Its funny to watch all the glut and gloom but come and ladies and gentleman, you sont have a clue. Thats obvious