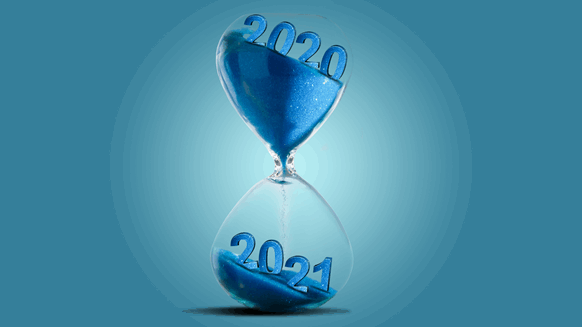 Check out this review of oil and gas market hits and misses for the week ending Jan. 1, 2021.

On New Year’s Day 2021, a widespread sentiment – expressed on social media and other public forums – is relief that 2020 is over. Last year will likely rank as one of the most difficult years ever for the oil market, but longstanding market challenges have made the transition from 2020 to 2021. Find out more in this review of recent oil market hits and misses.

Phil Kangas, US Partner-in-Charge, Energy Advisor, Natural Resources and Mining, Grant Thornton LLP: While most are happy to see 2020 in the rearview mirror, turning the page on the calendar today does not put uncertainty behind us. Not surprisingly, oil prices this past week have given back and then regained some of their increases from the past few months. Further lockdowns in hard-hit areas both domestic and foreign, a newly discovered deadly strand of the virus and predictions for a near-term virus infection surge have dominated news headlines. These factors and others have tempered further progress for WTI and Brent prices, which would normally benefit from the final passage of a massive spending bill. Baker Hughes (NYSE: BKR) reported a single additional rig coming online last week (see here for the most recent Baker Hughes rig counts), a positive sign that crude prices continue to support upstream investment.

Barani Krishnan, Senior Commodities Analyst, Investing.com: For a second week in a row, the U.S. Energy Information Administration (EIA) surprised with a lower reading on crude stocks than anticipated by the market. As I expected, the market saw a mini-crash before the start of 2021, validated by WTI climbing down from its high of $49 – or at least not hitting $50 before year-end.

Krishnan: The drop of nearly 240,000 barrels per day (bpd) in imports and surge of more than 500,000 bpd in exports accounted for the drop of 6.1 million barrels in crude stocks reported by the EIA for the week ending Dec. 25. That drawback was twice more than the market anticipated.

But more interesting was the 3.1 million-barrel rise in diesel-led distillates. This raises eyebrows given that this should have been a roaring time for holiday season deliveries, when trucks are plying U.S. roads coast-to-coast to make drops.

Kangas: The stimulus bill passed earlier this week received much press on the debate regarding the value of direct payments to Americans. Almost unnoticed, Congress at the same time enacted the most sweeping energy policy legislation in more than a decade: authorizing approximately $35 billion toward new energy technologies. The legislation increases available loans for new energy innovation, extends clean energy tax incentives and includes a bipartisan compromise for phasing down the use of hydrofluorocarbons. While the direct effect of the stimulus bill has been muted, the real news is for how renewables are already seeing momentum from government policy support, with the promise of more to come from Biden’s energy team.