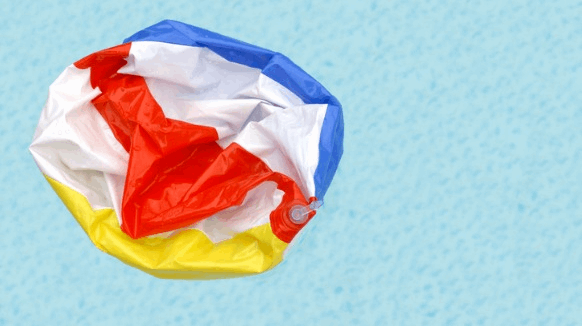 Rigzone panelists offer their insights on the top oil and gas market hits and misses for the week ending Sept. 11, 2020.

A source quoted in a recent wire service article on Rigzone declared the return of the “‘great American road trip’” in response to a major credit card issuer’s finding that domestic spending on fuel has improved this summer. Citing more recent information, one of Rigzone’s regular oil market prognosticators provides evidence that the summertime bounce in demand is deflating. Keep reading for his insights, along with other perspectives in hits and misses in the oil and gas market this past week.

Tom Seng, Director – School of Energy Economics, Policy and Commerce, University of Tulsa’s Collins College of Business: Summer’s over. After holding at better than $41 per barrel for four straight weeks, West Texas Intermediate (WTI) reversed course last week and fell even deeper this week. Ongoing concerns over growing cases of the coronavirus globally, increasing OPEC output, an inventory build and a stronger U.S. dollar all contributed to the softening of oil prices. U.S. crude oil inventories showed the first increase after six consecutive weeks of draws.

The Energy Information Administration’s Weekly Petroleum Status Report showed an increase of 2 million barrels vs. S&P analysts’ forecasts of just 500,000 barrels, and the American Petroleum Institute’s reported 3 million-barrel inventories of crude are at 14 percent above the five-year average for this time of year. Total motor gasoline inventory decreased and is about three percent above its five-year average. Distillates, which includes heating oil, are about 20 percent ahead of where they normally would be as we are 60 days from the start of the winter heating season. Refinery utilization dropped nearly five percent to 72 percent as the traditional summer driving season comes to an end. U.S. refiners are seeing tighter crack spreads and have reduced output accordingly. Current gross spreads for October are about $8.75 per barrel refined. U.S. refiners are heading into turnaround over the next 60 days as they prepare for the winter gasoline blends and take advantage of the “shoulder” period to conduct maintenance.

The key Cushing, Okla., hub saw an increase of 1.8 million barrels and now stands at about 71 percent of capacity. U.S. oil production rose by 300,000 barrels per day (bpd) to 10 million bpd. The U.S. dollar made some gains this week, contributing to oil’s decline, but the index has remained below 89 for the last month. Meanwhile, natural gas sits poised to easily hit the 4-trillion cubic feet (Tcf) level at the start of winter after a reported injection of 70 billion cubic feet (Bcf) last week. Stored natural gas volumes now stand at 3.52 Tcf, with only eight weeks remaining in the traditional injection season. If we averaged just 59 Bcf per week during this period, 4 Tcf is easily achievable. This only underscores the fact that the current futures prices may not be sustainable in the longer-term. $3-plus at Henry Hub for “core” winter appears to be a “gift” at this point.

Tom Curran, Senior Energy Services and Equipment Analyst in Equity Research, B. Riley FBR, Inc.: The Baker Hughes (NYSE: BKR) working U.S. land drilling rig count continued to churn sideways, coming in at 241 for Sept. 4, 2020. That marked the count’s third consecutive Friday registering at exactly that level, which is only 10 rigs or four percent above where it troughed, in our view, at 231 on Aug. 31, 2020. Conversely, the Primary Vision active frac spread count remained in an uptrend, hitting yet another recovery peak of 87 units on Sept. 4, 2020. Such an activity level surpassed the prior Friday’s fleeting high of 85 by two percent and represented the count’s third week in the 80s. As a reminder, the active frac spread count bottomed out at 45 in mid-May.

Barani Krishnan, Senior Commodities Analyst at Investing.com: Not in their wildest dreams would oil bulls have anticipated a 10-percent drop in WTI over a three-day stretch. But that’s exactly what happened to the longs in U.S. crude as the past week ended and a new one began What we’ve had since is the more anticipated first weekly build in seven for U.S. crude inventories. Not surprisingly, the market is down again after a brief respite on Wednesday.

Marc Le Dain, vice president of strategy with the oil and gas data firm Validere: A great surprise for the industry amidst this recent pullback is that acquirors significantly outperformed their peers. Whitecap (OTCMKTS: SPGYF) as an example, which recently did a significantly accretive deal with asset overlap in Canada, outperformed their key peers in this recent selloff as the deal gave them both increased scale and cash flow for debt service. This outperformance should hopefully make entities more comfortable about consolidation.

Seng: It appears that some major global oil trading houses are turning to floating storage again for crude and petroleum products due to lack of demand and the scarcity of onshore storage capacity. Saudi Arabia lowered its selling price for exports this week while the OPEC+ group has also increased output causing a double-whammy for global prices.

Curran: On Sept. 1, 2020, Liberty Oilfield Services (NYSE: LBRT) announced that it had agreed to acquire Schlumberger’s (NYSE: SLB) North American pressure pumping business, OneStim, in exchange for a 37-percent equity stake in and two seats on the board of the Newco (i.e., the merged entity). We believe this all-stock transaction, expected to close in the fourth quarter of 2020, is not only a strategically cogent and attractively valued deal for Liberty, but a positive one for both the pressure pumping industry and Schlumberger.

As one of the oil patch’s most structurally overcrowded and oversupplied markets, pressure pumping has been widely and long perceived as in need of significant consolidation. This represents the third mergers and acquisition agreement involving a public pressure pumper since June 2019, following Kean Group-C&J Energy Services, who combined to form NexTier Oilfield Solutions (NYSE: NEX) on Oct. 19, 2019, and KLX Energy Services-Quintana Energy, who closed their merger on July 28, 2020, under acquirer KLX (NASDAQ: KLXE). As for Schlumberger, the company is able to deconsolidate and reduce the overhead costs of and distractions posed by OneStim, while still retaining exposure to a vital service via a business with ample potential upside. Finally, with this deal, we believe Liberty will:

Krishnan: The crash in crude prices, when it finally came, occurred at such velocity that those who tried unsuccessfully to short the market – in a big way since the Great Recovery of May – were probably left a little dumbfounded.

Anyone with a conservative view of oil amid the worst pandemic in history and a jet fuel market that remains in shambles might have found crude more acceptable at $35 to $40 per barrel rather than $40 to $45.

Oil market economics were clouded over the past four months by euphoria more than convincing statistics about the impact of business reopenings from COVID-19 lockdowns. Further distorting the picture was the draw of 38 million barrels of crude over a six-week stretch by U.S. refiners who appeared to be running at full summer steam rather than to the restraints of consumers acting in any way but normal.

Tepid U.S. jobs recovery since July – despite unemployment returning to single-digit -and a resurgent dollar that’s anything but good for commodities capped crude in the low-$40s.

The floor finally came off the market last week after OPEC kingpin Saudi Arabia cut the selling price of its oil, ostensibly to preserve or widen its market share. The Saudi move came weeks after OPEC’s global producer alliance called OPEC+ said it was winding back production cuts observed since May.

Those ominous actions were followed by U.S. refiners slashing their crude utilization by five percent in just a week, as the peak summer driving season drew to a close. The return of the Dollar Index (DXY) to its bullish 93-handle and the stock market rout on Wall Street completed a perfect storm for crude longs.