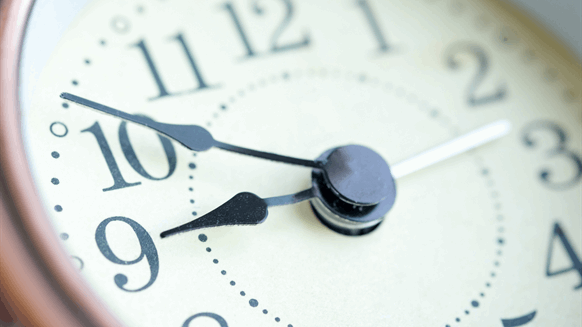 From a short-term and technical perspective, oil looks vulnerable.

From a short-term and technical perspective oil looks vulnerable, according to oil and gas analysts at Fitch Solutions Macro Research.

“Downside momentum is building and the front-month contract has broken back below its 50-day moving average. Time spreads have collapsed, with the front-to-second month spread flipping into contango. As of yet, the sell-off does not look overdone,” the analysts stated in a report sent to Rigzone.

“Options pricing signals that buyers are seeking greater downside protection, while bullish positioning in Brent has partly reversed over recent weeks. The ratio of long positions to short held by money managers in Brent has fallen to 15.3, down from a peak of 23.4 in late September,” the analysts added.

“Bearish market sentiment and general risk aversion could force a retest of support in the low $70 per barrel range,” the analysts continued.

The Fitch Solutions Macro Research representatives added, however, that the focus on the broader macro environment is taking focus away from the fundamentals in oil, “which remain broadly bullish”.

“Most importantly, market participants seem to have lost sight of November 5 and the re-imposition of nuclear-related sanctions on Iranian oil,” the analysts stated.

“However, this scenario requires that US extend (limited) sanctions waivers. Given the hardline position of the US and lack of visible progress on waivers negotiations to-date, there are very substantial risks to this view,” the analysts continued.

The market is “ill-prepared” for the loss of these barrels and is at growing risk of an “upwards spike” in prices when supply-side drivers once again take the market's focus ahead of demand, according to the analysts.