Oil Jumps Most in Month 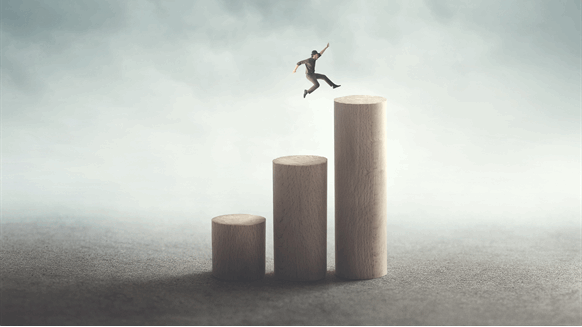 Oil surged the most in nearly a month as investors digested Saudi Arabia's latest plan to help stabilize prices following a large dip earlier in the week that was fueled by demand concerns.

(Bloomberg) -- Oil surged the most in nearly a month as investors digested Saudi Arabia’s latest plan to help stabilize prices following a large dip earlier in the week that was fueled by demand concerns.

WTI advanced 3.7% in New York on Friday, paring its weekly loss to 2.1%. Escalating tensions between China and the United States along with a surprise gain in U.S. stockpiles pushed prices to a seven-month low during the week. Yet, Saudi Arabia retaliated to the rout with a plan to limit output and exports in September, a move that seemed to placate the market.

Oil was "vulnerable for a correction,” said Gene McGillian, a senior analyst and broker at Tradition Energy in Connecticut. "Right now, the Saudis’ willingness to take steps has kind of stemmed the market slide. The question is how much can that rally work without other producers stepping up as well? Given this trading environment, these kind of big price swings are more expected than not.”

Saudi Arabia, the top producer in the Organization of Petroleum Exporting Countries, plans to keep oil exports below 7 million barrels a day next month as it allocates less crude than customers demand, according to unnamed officials from the kingdom. State-run Saudi Aramco will provide customers across all regions with 700,000 barrels a day less than they requested, the officials added.

A large-volume bullish options trade was also reported just after 9 a.m. in New York, for 25,500 contracts -- equivalent to 25.5 million barrels of oil. The buyer of the options would profit from a tighter supply and demand outlook for WTI at the end of the year, helping to push oil prices higher.

West Texas Intermediate crude for September delivery advanced $1.96 to settle at $54.50 a barrel on the New York Mercantile Exchange, the biggest increase since July 10.

Meanwhile, WTI is edging closer to its 50-day moving average, which it has held below since the beginning of the month.

Brent for October settlement rose $1.15 to end the session at $58.53 a barrel on the ICE Futures Europe Exchange. The global benchmark crude traded at a $4.16 premium to WTI for the same month, the smallest discount in more than a year.

Despite the daily advance, it’s hard to ignore crude’s plummet this week due to growing fears that the trade spat between the U.S. and China will expand into a currency war. Meanwhile, the International Energy Agency trimmed forecasts for oil-demand growth this year and next, and called the demand outlook “fragile” in a report Friday.

Russia’s Energy Ministry said the the outlook for global oil demand that the IEA forecast confirms the need for OPEC+ cooperation.

"Demand concerns are overshadowing everything else," said John Kilduff, partner at Again Capital LLC. "The trade war is only worsening; it’s escalated significantly over the past few weeks."

To contact the reporter on this story:
Kiran Dhillon in New York at kdhillon18@bloomberg.net

To contact the editors responsible for this story:
James Herron at jherron9@bloomberg.net
Jessica Summers, Mike Jeffers