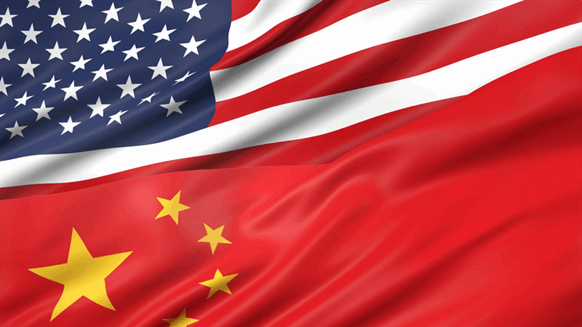 U.S. oil shipments are likely to be a casualty of the trade war with China.

(Bloomberg) -- U.S. oil shipments are likely to be a casualty of the trade war with China, even though crude was spared from the latest list of American goods targeted with retaliatory tariffs.

While oil has never been subject to levies during the dispute between the world’s two biggest economies, the flow of American cargoes to China has nevertheless been throttled by rising tensions over the past year. Refiners in the Asian nation -- previously the top Asian buyer of U.S. crude -- have largely shunned imports in a bid to avoid getting caught up in the trade war.

Even without tariffs, the latest escalation in the dispute threatens to snuff out a recovery in flows seen over the past couple of months that were driven by hopes that tensions were easing. That will close the door to a critical source of crude for buyers in the world’s largest oil importer, at a time when refiners across the globe are scrambling for cargoes due to a supply crunch.

Middle East exporters are already cashing in on the squeeze that was driven by U.S. sanctions on Iran and Venezuela, as well as unexpected disruptions from Russia to Nigeria. Iraq raised the official selling price of its flagship Basrah Light crude for Asian customers to the highest level since 2012, after fellow OPEC member Saudi Arabia set the price of its Arab Medium variety at the highest since December 2013.

The deteriorating demand outlook is pushing down prices, although rising tension in the Middle East is preventing steeper declines. West Texas Intermediate futures fell 0.2% to $60.94 a barrel as of 8:45 a.m. in Singapore after dropping 1% on Monday. Brent crude, the global benchmark, was down 0.4 percent after closing 0.6 percent lower in the previous session.

Last year, Chinese refiners gorged on U.S. oil pumped everywhere from inland shale fields to wells in the Gulf of Mexico, lifting imports to a record-high of more than 2 million metric tons in January 2018. The Asian nation removed crude from a list of goods that would incur a levy last August, following an earlier threat that duties would be imposed on imports of the commodity.

Nevertheless, China has imported just 1.64 million barrels of American oil in the six months through March, with four of those months seeing no shipments at all. That compared with 60.5 million barrels in the preceding six months.