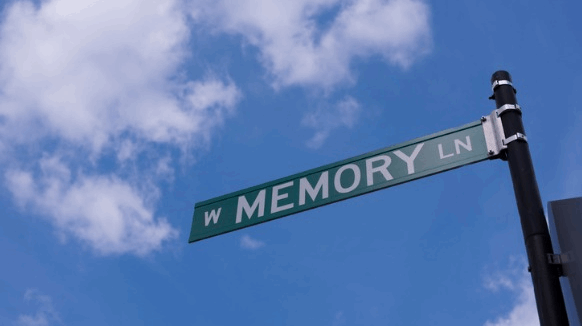 Rigzone panelists offer their insights on the top oil market hits and misses for the week ending July 31, 2020.

Recent crude inventory figures from the U.S. Energy Information Administration (EIA) have left at least one informed market-watcher with a case of nostalgia. Find out why this regular Rigzone source is pining for the proverbial good old days, along with other recent market insights by others, in this week’s review of hits and misses in the oil market.

Barani Krishnan, Senior Commodities Analyst at Investing.com: The EIA dataset has just become so volatile week after week that now it’s become and “anything possible” dynamic. Gone were the days when analysts could say with a fair sense of comfort that this is the likely draw or this is the likely build, plus or minus up to a million barrels. Now, be prepared to add another 5 million barrels – or, as the latest dataset suggests, 10 million – either way.

Tom Curran, Senior Energy Services and Equipment Analyst in Equity Research, B. Riley FBR, Inc.: In the market updates provided in the earnings season to date, resilient or renewed customer adoption of technology was confirmed as a defining secular theme of the transforming U.S. light tight oil (LTO) landscape.

Halliburton Chairman and CEO Jeff Miller said: “We are growing and monetizing our digital offerings … many of them using advances in automation and digitalization. These technologies either lower our costs or improve production results for our customers … We are using digital and remote operations to reduce  the number of frac engineers required to monitor jobs by establishing real-time operation centers and using cloud-based solutions to modernize data flow between the rig site and the back office.” The word “digital” (or derivatives thereof) was used 38 times on the call.

Schlumberger CEO Olivier Le Peuch reiterated “our ambition … to double to size of (the Digital Solutions) business in the midterm,” stressing “a lot of traction” with the company’s cloud-based DELFI solution and a recently finalized enabling agreement with ExxonMobil for the deployment of digital drilling solutions, such as DrillPlan and DrillOps, to the supermajor’s unconventional operations.

Helmerich & Payne’s AutoSlide offering has continued to make progress – it has now been deployed on over 33 percent of the company’s active rigs and drilled more than 5 million feet across over 300 wells.

At Liberty Oilfield Services, CEO Chris Wright sees “a technology-rich engagement period right now.” He said the company has stepped up “technical efforts – on frac design, on evaluation of properties and variations of reservoirs across the basins, on different operational technologies.”

(Note that the above quotes were taken from companies’ second-quarter earnings call transcripts.)

Tom Seng, Director – School of Energy Economics, Policy and Commerce, University of Tulsa’s Collins College of Business: West Texas Intermediate (WTI) failed to hold the key $40 level this week despite an overwhelmingly bullish inventory report. The EIA’s Weekly Petroleum Status Report showed a decline of 10.6 million barrels versus analysts’ forecasts of just 1.2 million barrels. American Petroleum Institute’s (API’s) report was more in line at 6.8 million barrels. Inventories of crude, finished gasoline and distillates all remain at levels above the five-year average for this time of year. Refinery utilization increased by 1.6 percent to 79.5 percent but remains low for the summer driving season. Stored oil at the key Cushing, Okla., hub actually increased last week by 1.3 million barrels. U.S. oil production is still holding at around 11.1 million barrels per day (bpd). What appears to be a resurgence of the COVID-19 virus is dampening expectations for increased energy demand both in the U.S. and in several countries across the globe.

Curran: For onshore U.S. completions providers, second-quarter earnings season to date has brought an earlier-than-anticipated improvement in the consensus revision trend for 2021. In other words, focusing on annual adjusted EBITDA, while 2021 consensus still moved lower for most, the magnitude of some drops was less than expected – and, in the notable case of Halliburton, it actually dramatically increased. Since its 2Q 2020 conference call, Halliburton’s consensus 2021 adjusted EBITDA has soared by 41.2 percent from $1.465 billion to $2.068 billion. Meanwhile, for fellow pressure pumpers, Liberty Oilfield Services and RPC Inc., consensus EBITDA did fall but by just 3.9 percent and 0.6 percent, respectively, from $62.8 million and $22.6 million to $62.4 million and $21.7 million.

Seng: The U.S. dollar hadn’t seemed to play much of a role in price directions lately. That is, until this week, when a weaker USD helped support crude prices equally in the week but later strengthening only added further downward pressure on prices. Oil is traded in U.S. dollars globally, and fluctuations in the greenback lead investors to move into – or out of – the crude market.