Oil Industry Can Save $100B with Automation, Digitalization 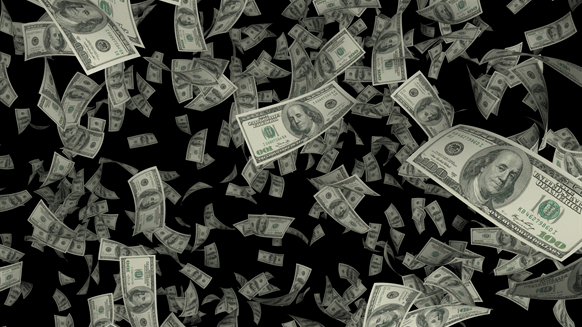 Upstream operators can save up to $100 billion in the 2020s through automation and digitalization initiatives, according to Rystad Energy.

Once just industry buzzwords, automation and digitalization stand to save upstream operators $100 billion in the 2020s, according to a study by energy research firm Rystad Energy.

Their analysis notes that in 2018, $1 trillion was spent on operational expenditures (OPEX), wells, facilities and subsea capital expenditures (CAPEX) across more than 3,000 companies in the upstream sector. Automation and digitalization could trim 10 percent of this spend from the budgets of offshore, shale and conventional onshore operations.

Rystad indicated that many operators expect automation and digitalization to reduce drilling costs by 10 to 20 percent, and facility and subsea costs by 10 to 30 percent. However, adoption across the entire value chain of suppliers will vary, leaving realistic efficiencies and synergies at closer to 10 percent by the end of the next decade.

“Many key industry players are setting optimistic goals, but the realization of these initiatives largely depends on how freely data is shared amongst companies and how commercial strategies are deployed to drive this development,” said Audun Martinsen, Rystad’s head of oilfield services research.

He said it could be years before the industry sees full adoption, but based on Rystad analysis, savings “could easily reach” $100 billion.

“In addition to cost savings, digitalization initiatives can also increase productivity by increasing uptime, optimizing reservoir depletion strategies, improving the health, safety and environment of workers and minimizing greenhouse emissions – all of which have significant value creation,” Martinsen added.

Upstream operators and service providers have latched on automation and digitalization as a means of efficiency, especially after the industry’s most recent downturn. For some, it was ‘adapt or bust.’

The Internet of Things has allowed for even more data to be digested efficiently. Still, given the complexity of digitalization efforts – oil and gas companies have been estimated to use just one percent of their data – Rystad believes its likely that investments will be aimed primarily at new greenfield projects.

Rudolf Huber  |  October 10, 2019
As crazy as it sounds but compared to what's coming now oil drilling is still medieval. Every single hole drilled today (especially in the US) delivers more data on the subsoil than all oil drilling worldwide some decades ago. And computers today can crunch this avalanche in real-time and help the driller direct the drill bit. But this is just the tip of the iceberg. Oil and gas will be milked from vast unconventional reserves through constant stimulation and this activity is up for massive robotization.
Rick  |  October 09, 2019
Oh come on. In my decades in the oil industry I did not see a new information technology that was not adopted by the oil industry as soon it became available and profitable. This article is mostly marketing hype.