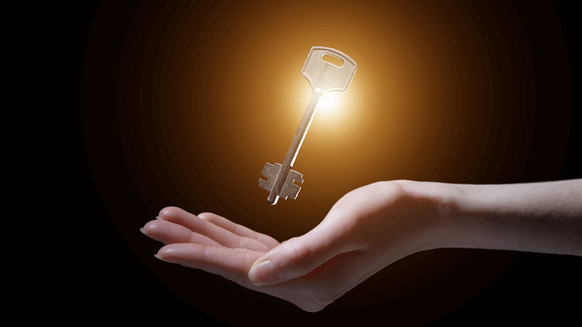 Argo Consulting's Alan Free discusses where the silver lining may be for oil and gas in 2018.

As 2017 came to a close, many in the oil patch were hoping the new year would mean a return to increased project activity, healthy opportunities for investment and an uptick in hiring. Any of these would be a welcome shift upward from arguably one of the toughest downturns the industry has seen in years. While some regions have already started to embrace a cautiously optimistic outlook for 2018, several industry watchers have different ideas about where the silver lining may be for the oil and gas sector during the next few quarters.

Rigzone recently reached out to Alan Free, senior vice president at Argo Consulting, to get his take on key industry changes during the fourth quarter, important challenges and where the sector growth might come from this year. Free has worked in the consulting industry for more than 25 years and currently leads the firm’s chemical, energy and natural resources practice.

Rigzone: The oil and gas industry has endured a pretty rough spiral for the past couple of years. What happened during Q4 2017 that reflected a shift? What were the catalysts for these changes?

Free: During the fourth quarter we had Hurricane Harvey, and our clients were definitely affected. But the event was actually a fantastic opportunity for the industry to have a health check. Think about how quickly we came back from the dent in our domestic production at a time when every producer was trying to run as efficiently as possible. We came back from that incident within days and it showed how healthy our industry is. We did take some rigs out of production for a short period of time, but they came back quickly. There’s no way we could have done that five years ago. The industry—upstream, midstream and downstream--passed that test with a really clean report.

Rigzone: What are some of the biggest challenges the industry is facing today when we think of oil prices and what may be our new normal? Is there light at the end of the tunnel?

Free: There is light but the list of challenges our clients are facing has never been crazier. I can’t recall a time when the political risk alone has been so unpredictable. There are questions around whether OPEC [the Organization of the Petroleum Exporting Countries] can sustain their production commitments. The one thing that stands out for optimism in 2018 is the rise in the global economic climate. It’s the reason we can have hope that demand will grow. Even China is seeing some signs of demand growth right now. The risks have probably never been greater, but the life raft is the signs of increasing confidence that we are on a global growth path.

Rigzone: When it comes to industry investment, much of it was halted due to the need for budget cuts. Are companies still in recovery, ready for growth or somewhere in between? What are the indicators?

Free: We’ve been building inventory and anticipating growth for a long time before the crash hit us and we’ve been crawling out of that ever since. Upstream companies are continuing to leverage the assets that they have completing new production. Equipment companies are sitting on a lot of inventory. Both of these situations are going to place the industry in a slow recovery mode. I don’t think we’re going to see a full-blown E&P return for a while yet. We’re seeing companies drill and cap but not complete wells. So, the return to investment opportunity is pretty sparse.

However, the flow of capital has also changed. You’re seeing less of it poured into development projects for upstream and downstream. Instead capital is being applied toward mergers and acquisitions. I think we’re going to see an uptick in M&A in 2018. The major integrated companies have already started thinking about using more capital for acquisitions instead of applying it to their own properties. This is also the case for smaller players and private equity. Therefore, there will be an increase in using capital for non-organic growth.

If you think about the new capacity that is about to come online, a lot of it is in the petrochemicals segment in the United States and overseas. Also, in the United States there is still focus on the shale plays. All that capacity has been built up during the last couple of years to take advantage of the shale plays—mainly gas—and that product is going to lower prices throughout the consumer products space.

What the market really wants is stability, and now the United States has a uniquely competitive position. It’s producing stability across the upstream and downstream sectors. Again, this doesn’t mean we’re going to see a lot of activity around drilling, but companies will be performing activities that increase margin. It’s a great time to be a refiner if you are keeping up with your maintenance and your asset reliability.

Rigzone: OPEC and its allies recently agreed to extend output curbs. What are the broader implications?

Free: The downstream segment has been at a very high run rate for most of this year. Part of that is increased confidence that OPEC can hang on to its commitments and they have. This also means that the upstream sector will continue to run flat out. OPEC is doing what it’s doing in part to survive new competition by the US shale plays.

Rigzone: What would you expect to see in 2018 regarding sector growth, renewed appeal with intuitional investors and rig activity?

Free: Overall, I expect 2018 to be a good year but I don’t think we will see a lot of growth from new wells being drilled. Where we do see drilling it will likely be a drill, cap and sit tight scenario. We are already very efficient at leveraging production from the wells we have online. We still have a gap between supply and demand in certain parts if the industry and I think we are in for a pretty stable environment to come.