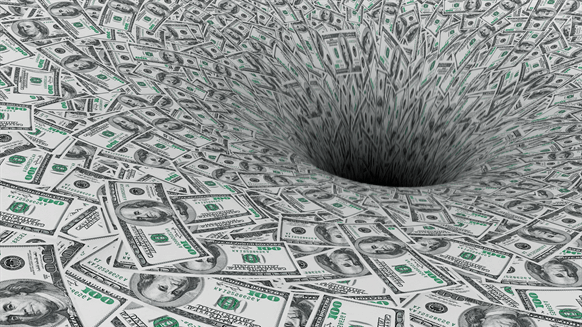 Oil and gas firms could lose millions of dollars in the event of a prolonged shut down of the Forties Pipeline System, oil and gas analysts at GMP FirstEnergy have confirmed.

Independent oil and gas firms EnQuest plc and Premier Oil plc could lose millions of dollars in the event of a prolonged shut down of the Forties Pipeline System, oil and gas analysts at GMP FirstEnergy have confirmed.

The analysts highlighted that EnQuest’s operated Greater Kittiwake Area and Scolty/Crathes development, along with Premier Oil’s operated Balmoral area, non-operated Elgin-Franklin asset and other minor fields, would be impacted as a result of a shut down of Britain’s largest oil pipeline.

GMP analysts have stated that every month of shut down would reduce the energy investment banking firm’s expected cashflow forecast for EnQuest and Premier Oil by around $7 million and between $10-12 million, respectively.

The shut down of the pipeline system would also be felt by a number of other companies, as highlighted by oil and gas analysts at investment banking firm Jefferies. These analysts estimate that thousands of barrels of output from BP plc, Total SA, Chevron Corporation, ExxonMobil, Eni and ConocoPhillips will be affected.

“Forties is one of the four components of the Brent pricing system, and if the duration of the outage is for several weeks it should put upward pressure on the Brent price,” Jefferies analysts said in a statement sent to Rigzone.

Ineos confirmed Monday that it has decided to implement a controlled shut down of the Forties Pipeline system after a hairline crack was found in the pipe at Red Moss near Netherley, south of Aberdeen.

Despite reducing the pipeline pressure while a full assessment of the situation was made, Ineos said the crack extended, which led to the Incident Management Team deciding that a controlled shutdown was ‘the safest way to proceed’.

Bill  |  December 15, 2017
I commend the action or decision in quickly shutting down the Forties Pipeline system to prevent or avoid a potential disaster that could have resulted if the system was left online. The damage or crack in the pipeline is located onshore near Netherley which is Southwest of Aberdeen. Fortunately it was not offshore so the repair and replacement of the section of pipeline should be swiftly corrected and environment issues mitigated. I would also imagine that it was found as a result or normal maintenance and inspection.
Jimmy  |  December 13, 2017
If this is what it takes to cause an impact on the UK & world economy I'm rather worried for a number of reasons. Surely an additional Pipeline would be logical at some expense to Scottish/UK Oil. If there was some form of a leak, the environmental impact on the Scottish coastline would be immeasurable and more expensive than a second pipeline, just look at the cost to BP for the US Gulf incident.
William Hall  |  December 12, 2017
Once again we are worried about major oil company's losing millions of dollars rather than controlling the potential environmental damage had the crack not been detected and the risk management team taking the decision to shut the pipe line down. It is articles like and the potential of lost revenue that cause oil majors to take short cuts during the safe recovery of this condition. Lost revenue is a concern to all in the industry, but history has shown us that taking short cuts and ignoring triggers have resulted in fatalities and major environmental impacts. I hope the risk management team and the recovery plan is adequately managed to ensure a safe and efficient recovery of the production line.