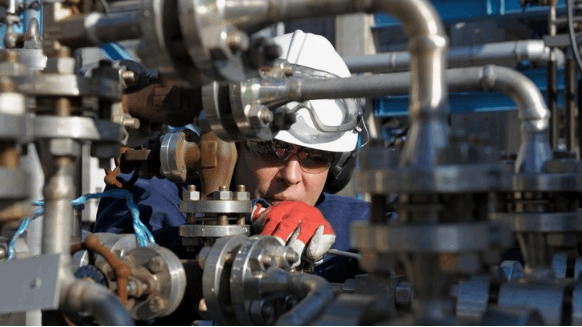 Many of the industry's job losses in the upstream sector have been offset with hiring from midstream and downstream companies, Deloitte finds.

Employment in the oil and gas industry crashed a few years ago during the most recent downturn, but current employment numbers have returned to pre-downturn levels, according to a recent report by Deloitte.

The report, titled “Decoding the O&G Downturn,” said the industry’s current employment numbers are at 4.5 million – just one percent below 2013 numbers (before the downturn).

This was due to the 300,000 industry layoffs in oilfield services, pure-play E&Ps and private IOCs being offset by hiring of 255,000 employees by NOCs and pure-play midstream and downstream companies, according to Deloitte.

Essentially, there has been an acceleration of redistribution of oil and gas jobs between segments/regions – specifically analytics-based jobs – and the volume growth and innovation in the industry has supported employment by creating new work profiles.

The report also finds that the hardest hit oilfield services segment managed to maintain research and development (R&D) spending of $3.4 billion (USD). The downstream sector had its highest R&D spend in 2017.

On the flip side, most large IOCs and NOCs reduced the amount they spend on R&D despite technology’s role in lowering breakevens during the downturn.

Rod Helvey  |  May 07, 2019
This is very mid leading article, the work that is out there , is a small area in SWTexas, and it will not slow down it will just stop, in a few more years, the overall oil field is very disturbed, rite now, young Managers for far less pay and spotty areas has not made it better at all,
Gary  |  May 04, 2019
There is so much oil Field work going on out here in the Delaware and Permian Basin that we can’t move fast enough to get done what needs to be done. So if you’re one of the ones out of work, come to work out here everyone is hiring !!!!
Cary Honganen  |  May 04, 2019
I second both you guys comments. How can Rigzone equate job growth in the refining sector with job losses in upstream, especially the offshore sector? The skills learned in upstream are in no way transferrable to refining, and vice versa. I too lost my surface development job in September, 2015. Been looking occasionally for new offshore positions with both operators and contractors. They are slim to none, or not in my expertise. These jobs may come back in my lifetime, but I doubt it. With onshore frac'ing, I predicted in late 2015 that oil would bounce between $50 and $70 per barrel, barely enough to cover offshore finding costs, even with the most efficient operators. So yeah, jobs have come back to the oil patch, but with cheap oil, at the wrong end of the spectrum for those of us that spent our entire careers in the offshore industry.
John Andrews  |  May 04, 2019
certainly no return in the ROV sector to either activity or employment - who are they asking ?????
ANDRE GURSES  |  May 03, 2019
MS-Degreed Engineer w/PE here. 15-years in Refineries, and 10-years Offshore EPC. 2015 to 2017 I made $80-95/hr, turning down many better offers. Now I am still UNEMPLOYED for 2-years, considering $50/hr jobs with WATER-PUMPS. I say jobs outlook still SUCKS.
Jason Serrao  |  May 03, 2019
We are still seeing attrition.. as functions and roles get consolidated while headcount shrinks.
Michael fiel  |  May 03, 2019
I also don't see any upturn or return to 2017 levels of employment 50% of the rigs working then are stacked or scrapped. While oil companies are liking at and planning new drilling and production. None of it has happened yet. 50% of the personal I know re still looking for work. Although more mire and opportunities are around, it does not turn around the losses since the downturn. And future outlook is late 2019 or 2020
Jon Kitchens  |  May 02, 2019
The article is misleading. It states that there is a shift in jobs to refining and transfer. This is Rigzone a drilling site in my eyes . So why misleading titles for people on the drilling side? I have been unemployed since 2015 and the Co. I was working for ran almost 50 rigs now they have 5-6 drilling. No upturn on the drilling side for sure.
Jill Friedman  |  May 01, 2019
I do not think the offshore employment situation is anywhere close to where it was. There are still hundreds of boats stacked all over the bayous. There are still dozens of rigs stacked around the world. There are still thousands of people barely surviving on a job or 2 every few months and more who've given up completely and gone to find other jobs in other industries. I know dozens of people personally (including myself) who have been trying to find work in the industry since getting laid off late 2015 and STILL no hope for any kind of regular job. Before the downturn, I had 3-5 calls per DAY for jobs. Good jobs. Jobs that paid 3 times what the same job pays now (WITH benefits). So, no, there is no way the employment situation is back to where it was!